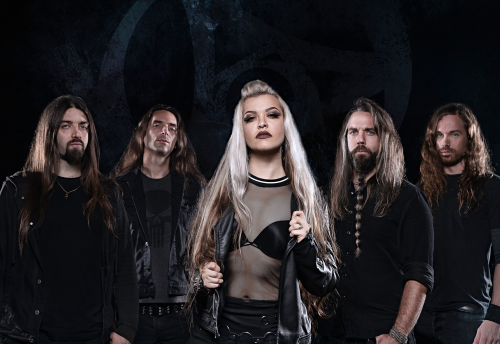 New album alert! The Agonist are back… faster, harder, and darker than ever. Their new album Orphans is a thesis in evolution: After 5 years, 2 albums and countless international gigs (with the current lineup), the band have gelled into a paragon of extreme music. In this spectacularly dark work of art, The Agonist combine the melodic death you know and love with an array of other elements (including groovy prog metal and metalcore) that will keep you guessing all the way to the end. Each component shines: In addition to Danny Marino’s multilayered guitar parts, expect pulsing bass lines, machine-gun drums, harmonic clean vocals, and even vocalist Vicky Psarakis singing in Greek. This album is sure to please longtime fans as well as pull in new ones.

And speaking of Vicky Psarakis, this week we had the opportunity to speak with her about Orphans, The Agonist’s upcoming tour with Jinjer, and more.

Thank you so much for joining us, Vicky.

Thank you for having me.

Orphans is so exciting. In Vertigo starts with a punch, and never lets up. In the video, you’re literally down in the dirt. How was that shoot?

There’s something going on in every shoot – I don’t think I’ve ever done a video shoot with the Agonist where things are easy. There’s always some obstacle or big thing I have to do. So the dirt thing was actually kind of fun! It was very fast-paced… Chris, our bassist, was filming me, and his partner Jonathan was giving me direction. He said, “Imagine that you’re really mad,” or “There’s a guy behind you chasing you…keep going!” I’m not an actress, but I’m playing one in these scenes. It was a lot of fun.

You’re showcasing a huge range of vocal techniques on this album. The very beginning is soft and ethereal. Later on you’ve got a Dio-esque belt, and of course your sludgy growls and death screams. Were any of these styles challenging for you?

Some are things I’ve been doing for years, so they’re easy. Like the ethereal vocals, or the normal-range singing… these came naturally. But some of the more extreme things were relatively new to me. They weren’t hard to do while I was recording… it was more of a challenge putting them on the songs in a way that made sense.

I’m not trying to throw in all these vocal styles just to show off; I’m doing it because the music calls for it. Some are easier to do, some are harder… but I’ve always been interested in different genres of metal and music in general. That’s what gave me the curiosity to practice and learn how to do these styles. From there, it’s all about bringing it all together.

You also put out two teasers for Blood Is My Guide. They’re very different, but come together nicely in the full track. In one, you’re singing in Greek. Can you translate, or talk about that inspiration?

It was a progression. That song was actually written by Simon, our drummer. He writes occasionally, but that one is his only song on this album. When I first received the track, that part didn’t even exist… it was just instrumental. Then I wrote the rest of the song as you heard it, and sent it back to the guys. [He] really liked what I did, but felt the song was missing a part. He said “Let me come up with a riff or something, and I’ll send it back to you.” So he did that, and the second I heard it, I really wanted to sing in Greek. The scale the riff is on, and the whole vibe behind it… it could easily be a Greek song. Just a little more metal!

The rest of the lyrics are about a battle… going to war, fighting to stay alive, fighting for your family or your country. I felt the Greek section would be a nice twist, lyrically, and would bring out the more spiritual aspect of war. You can translate the lyrics, but like any translation, it doesn’t come off the same way as in the original language. To me, that part is a cry… a cry of why people are fighting, what they’re doing. The title “Blood is my Guide” is the first line in Greek. Meaning, you’re literally fighting to spill blood so you can stay alive, but you’re also fighting for your family. So it’s the metaphorical blood being your guide. 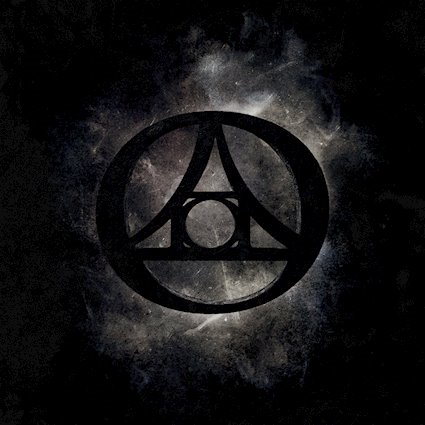 You guys have been dealing with some obstacles in the short-term, such as putting the album out. Looking past that, what’s your long-term vision for the future of the band? What do you want your legacy to be?

Working on this album was an eye-opener for us. We’ve always loved to experiment, and you see the differences from album to album. We’re always bringing in new elements and trying different genres. Some were better received than others. For this album, we decided to stay true to ourselves, and write what came naturally, without overthinking it. I did the same thing… when I heard the tracks, I thought, “What emotion is this part giving me?” I wrote the lyrics and vocals based off that. We all feel it’s our best work…. and we’ve had a lot of interviewers so far telling us as much. This album was a really good direction that we should continue in. Though that doesn’t mean that we won’t experiment!

Aside from the music, the thing I’d hope for us is being able to do things on our own terms. Write music and release albums on our own terms, without having to wait. We do work relatively fast, but it doesn’t feel fast to us. If we can share music with everyone at a fast pace, we’re more than happy to do it.

You’ll be joining Jinjer in Europe later this year. How do you feel about the upcoming tour?

It’s great! We know those guys; we played a show with them three years ago, and we really clicked. Since then, every time they come to North America we’ll go check them out and hang out with them. It’s great that things aligned to where we’re both releasing our albums this year, and it made sense to tour together. We’ve been talking about it for a long time, but it had to make sense logistically.

Musically, we’re also a good contrast. Our styles is very different, but it’s exciting because neither of us is cookie-cutter. We both like to play around with structures and genres. Since we’re so different-sounding, it will be great for the fans. You don’t want to go to a show and see the same band twice…. it’s nice to have a bit of variety. We’ve done tours like that before… like our U.S. tour with Epica, Arkona and Fleshgod Apocalypse. It went so well because all those bands have some similarities, but we’re stylistically different enough to keep people interested. It’s like a breath of fresh air each time. So I expect the Jinjer tour to be similar.

How do you stay healthy on the road?

Travel conditions make a big difference. If you’re a bigger band, you can afford to be on a nice tour bus and have the things you need. But we’ve also had to do van tours, especially in the US. Sleeping in the van, barely getting any sleep… that can push you over the edge. Your immune system gets low in those conditions, and the second you have an interaction with someone who’s sick, that’s it! You’re sick too!

Experience is also a big factor. The more you do it, the more you learn how your body works. And doesn’t work. For me, sleep is the number one thing. I try to get as much sleep as possible. Drink a lot of water; go for healthy food options as much as possible. That can be tough on the road.

In terms of drinking and partying… you can do it, but especially as a vocalist, don’t stay up until 6:00 in the morning drinking and smoking when you have a show the next day! Your vocals just aren’t going to respond.

Any plans for a US tour?

Not at the moment, but we’re in talks. Possibly early Spring 2020. Stay tuned.

You were in the headlines earlier this week. Any follow-up thoughts on that issue?

I wrote a statement on my personal social media, to clarify. It was briefly mentioned, and it was the first and only time I had said anything about it in an interview since joining the band. It wasn’t meant to be the focus of the interview… the music was. Read her statement here.

So I put out that statement … it was just a need I had after all these years of getting to that topic, then freezing up and not being able to say anything. I felt like I wasn’t able to show my true self to the world. So I felt the need to get it out, and now that it’s out, I can move on. I hope we all can.

Normally the way we operate is just like that… once the album is out, we try to tour as much as we can to promote it. Once we’re done and all mostly at home, that’s the perfect time to start songwriting.

Danny’s the main songwriter in the band. Once he starts, he just sends songs back-to-back. By the time I’m ready to start working on lyrics and vocals, I’ll open my folder and see there’s already eight tracks in there! I’m like, “Wow, ok… where do I start?” It goes to show that as a band, when we’re ready to go. The inspiration is there. There’s no mental block. It all just flows out.

What’s your message for your fans… particularly the young women of metal who are coming up in the scene now?

Also, not only as a woman, but for any musician, there’s always room for growth. Keep pushing those limits, keep working hard. You never know what you’re capable of. If I look back on myself five years ago, I never would have imagined that I’d be here doing what I’m doing. And I hope to say the same thing five years from now. You’ve got to work hard for the things you love. Just keep at it.

Any last thoughts on the new album, new tours?

I’m so excited. I can’t wait for everyone to hear this album. There’s something for everyone, whether you like The Agonist or not. I’m super excited for the tour with Jinjer. Hope to see a lot of people there. We’ll try to bring Orphans everywhere we can in the world, so stay tuned for future tours.

More On: Metalcore, Exclusive, The Agonist, Century Media
share on: