Interview: Owl – Peering “Into The Absolute” 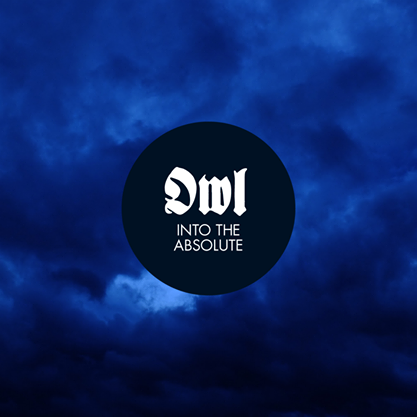 Death metal/experimental sightseers Owl have created one of the most compelling records of late, their all killer EP Into The Absolute.  The contrasts between harsh industrial textures, black and death metal influenced slaughter and outright freaky shit is a serious listening experience that will make you pinch yourself that so much wallop could fit on a small EP. The peaks and valleys here are quite the journey, like the band’s namesake might make in the course of a long night. Fans of Nhor, Aosoth or even Hellveto would most likely enjoy these frozen climes.

If you are unfamiliar as yet with the group, you will be thrilled. OWL was formed by Christian Kolf in 2010 and the multi-instrumentalist is joined by Patrick Schroeder on drums. Kolf also plays in German dark metal monsters Valborg and Schroeder has played in the highly acclaimed acts Centaurus-A and Klabautamann. Markus Siegenhort from German black metal shoegazers Lantlôs mixed the EP, and mastering was handled by Simon Hawemann (War From A Harlots Mouth).

How did the creation of this Owl release come about from inception to birth? I mean, you can summarize, ha. But the whole thing feels as big as a full album, a real statement. Worth documenting.

Christian Kolf: It all happened very quickly in December 2013. The whole EP was done in 6 weeks including writing, recording, mixing and mastering. We just spit it out when it was real.

“Unearthly Arcana” is so primal when it drops in. You feel plunged into a walpugisnacht. What were you hoping to convey? The vocals and keys are almost fear inducing and it is kind of a white knuckle ride but thrilling as a listener. 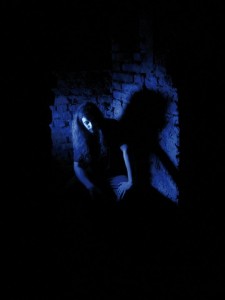 Great to hear that. But there was nothing to convey. “Unearthly Arcana” was the first song I wrote for the EP. I spent a whole day in my flat writing shitty riffs. At the end of the day I trashed everything and I just wrote a “Black Metal” song, which became Unearthly Arcana. But at this state the music was not meant for Owl, it was just for myself.

The title track at 1:51 goes from a semi-Godfleshy dirge to this stunning kind of avant garde post prog black metal section. It is a unique and beautiful, chilling passage that is very exciting as it sets up the melodic, somber march to follow. As a band it is admirable that you can embrace the melodic and the harsh, yet in an honest way lacking from much commercial music.

Thank you. I’m currently working on the upcoming album and I have already written 4 songs. They all have this 90s gothic night/day thing going on. 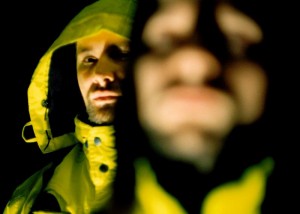 The owl is a creature of movement and secrets. Athena’s companion. a wisdom animal. Hunter and thinker. This EP is called Into the Absolute. Do you believe in absolutes besides what we can prove with science or the inevitability of death?

No. But what do I know? I just play metal guitar and think about life.

What if everything changes some day and we never took risks? How silly will we look as a species, and tragic. “We Ascend As
we Fall” struck me as a great title. Im into the union of christ and luciferian self ideas as presented by the band Sabbath Assembly’s message, but also love your song title in that it calls to mind how sometimes we grow stronger and wiser through trauma.Look at Arya on Game of Thrones, haha.

I’ve been listening to Anthems to the Welkin at Dusk by Emperor lately and while the keyboard tones sound dated, the parts add so much more enriching depth to those black metal songs. that made me love that band on a deeper, more connected level. why do you think bands aren’t keen to take steps to sound original at times? “Apparition” is such a cool, atmospheric break at the center of your new release. It washes over the listener like some sci-fi panorama.

I expect nothing with Owl. I want to keep my head free, write music that create great feelings inside of me, release it and hope other people dig it. This is it.

Your sound is very stark and at times reminds me of nature or illusion or a reflection but then harsh like breaking glass or a cold wind. Do you steer the sound certain ways or let it ride where it wants to? “Apparition” calls to mind the mellow “rainbow” record of japanese band Boris, or a cold dream of flashing lights.

I let it ride where it wants to. But I have a basic idea of what the feeling should be. I wanted to create a blue and heavy sound. I don’t remember the creation of “Apparition” that well. It’s blurry. I worked on this song longer than on the other ones. It was more an electronic approach.

Do you know the nyc band batillus? i think you guys would like them. Some shared aesthetics. Are you planning to tour this EP extensively?

Never heard of Batillus. There are no touring plans yet, because Owl is not a live-band. Maybe at some point, but not this or in the next year. I want to get a new album together. Beside that I work on the fifth album with my other band Valborg. 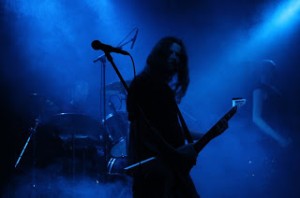