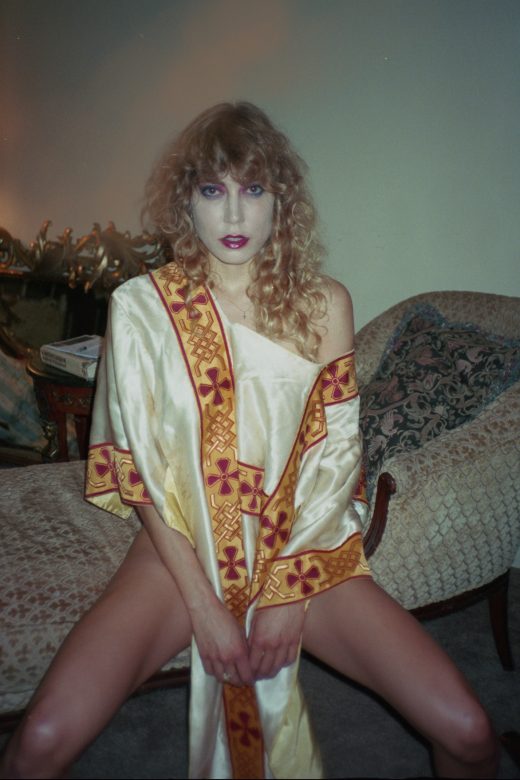 “…the fact that we have these wild parakeets flying around between the palm trees and most normal people don’t even acknowledge them…they are a precious detail that only the wisest of Los Angelinos truly appreciate.” – Actually Huizenga.

Happy Easter weekend, sinners. Or Passover or Pagan Bunny day if that’s what you are doing. Whatever is clever. I’m here to bring you back from the dead in style with a blasphemous article on the most holy musical warrioress of our times, Actually Huizenga. She is a performer, brilliant musician and funny and chill as heck, a multi-faceted director, actress, rager, singer, expert on obscure subjects and also probably will live forever through cult worship ceremonies. She is the force behind Patriarchy (a much better one than “the patriarchy” – you will want to rave about how “Patriarchy” is finally cool).

Yes, cool is a dorky word. But facts are facts. I was scrolling IG one day and saw her Patriarchy page and was like WTF! Some people would maybe think they had stumbled into a Babylonian hellscape but I was like…this is basically utopia!

Now, a little known fact…there is not really a God. Famed-ethnobotanist Terence McKenna was right about the fractal machine elves but something overlooked is that fractal machine elves sometimes tie it on too hard. They also have the big responsibility of determining how much coolness every soul which is born gets pre-birth from their little weird psychic elf factory. One day a particularly handsome elf we will call “Buzz” was kind of asleep on the job and rested his nose too hard on the “coolness lever”. Well, it turns out baby Actually got 30X the concentrated radness usually given to a normal “mortal” and thus is probably going to save or destroy the world. Are we ready for her messages?

All I know is she saved my brain the last few days by offering a much needed alternative to Trump bleating about “No collusion”, a far superior place with chain mail, snakes, decadence and synthy wise-ass glory. I know y’all wanna read about Accursed Spawn and stuff all the time, but sometimes we need to get freakier than that – ok?!

So I wrote to her and the California based artist thankfully agreed to let me interview her. Fuck yeah! She even told me funny stories and humored me while I was telling her about being stuck in a forest and seeing giant hawks that thankfully didn’t eat me alive or this never would have been published. Instead, you have the following conversation to memorize. You should also watch her videos and movies twice as many times as people streamed The Dirt. Jesus says everyone who does gets to go to heaven this weekend for free, no matter what. For real.

In all seriousness though, she is hysterical, beyond talented and really blew my mind when I heard her incredible music. So happy this came together and hope all of you have fun reading it or discovering her world and killer material if you haven’t yet.

Read our chat BELOW.

MYE: First of all, you are amazing. I was so thrilled to discover your stuff. Your music is all so dope and refreshing. Like I told you on Twitter your Nine Inch Nails cover is my favorite ever besides Johnny Cash (Author’s Note – our word press is being weird and I couldn’t make any new band profiles today so I just published this under the Nine Inch Nails category so maybe when Trent uses Google he will find it, haha). And your originals are some of my favorite music I have been lucky to discover in years. It is funny cuz I first discovered you on IG and just thought your energy and attitude was amazing. Then I fell into the rabbit hole! When did you know you wanted to be a performer? You are so multifaceted. 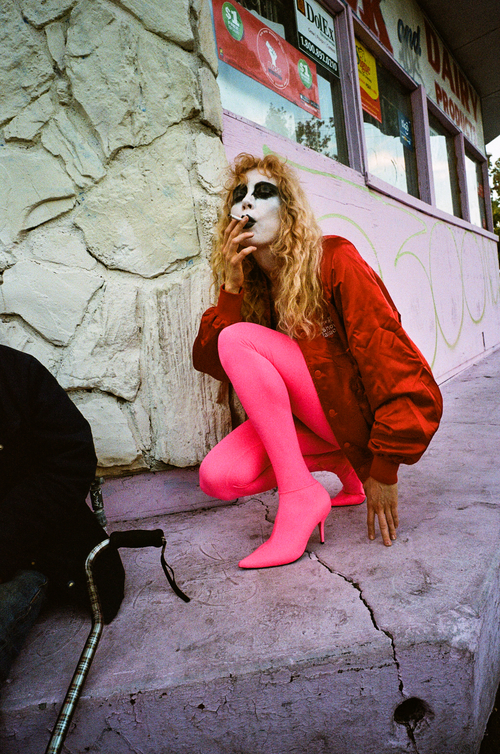