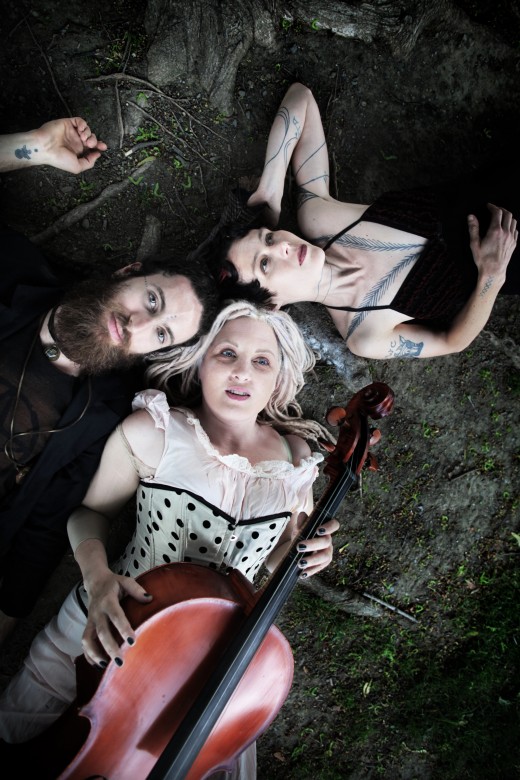 “I don’t have any physical problems or back pain. I think yoga helps with
that. Everyone over practices. I don’t think you have to practice that much
but it comes from classical music and insecurities. If you have skills, chops
and inspiration you just have to get your energy together with the group.” –
Melora Creager

Heavy cello theatrical institution Rasputina have always been daring, playful
or downright brazen, though new album Unknown is nonetheles one of founder
Melora Creagor’s most liberated records in a lengthy discography of triumphs.
Recorded in record time yet with physical release only through Melora’s
website and no digital release, the record makes a point about intimacy,
ownership and interaction in this age of voyeuristic entitlement.

Known to feminists, Nirvana and Marilyn Manson fans who know the history of
those bands, Cregor has been a high class costume designer for Vogue, an NYC
innovator in the performing arts scene and an influence on free folk and steam
punk. She’s even a mom. Those are fancy ways of saying she is awesome.

On top of all that, Rasputina are about to go on tour with a fabulous current
line up to some great US venues. The new record Unknown is highly recommended
and has some beautiful music on it that must be lived and taken in to your
bosom, just awesome, awesome songs.

Now I know this isn’t like symphonic metal bombastic Within Temptation
charging into the pink sunset (which I think is awesome. I love that band),
but Rasputina are more than quirky, spooky and technically skilled to thrill
even casual listeners who aren’t to uncouth to appreciate some dramatic flare.

I talked on the phone to Melora a few weeks ago and it was awesome. She lives
in the Hudson Valley like me. I told her about Troy Savings Bank Music Hall,
which has some of the best acoustics in the world and where I saw Andrew Bird
play an amazing show a few years ago that showed how highly versatile he is.
Fuck, I hope Rasputina could play that venue sometime. It’d be amazing.

Anyhow. Here is my chat with this true artist and treasure BELOW.

This record, I’ve heard your earlier stuff but it was great to hear this new
release. All of your stuff seems very conceptually thought out, so I was
wondering how this one got off the ground?

Melora: Um, well let’s see…I haven’t toured in a couple years and I went
into retirement. But I didn’t tell anybody, so it was a secret retirement.
I hadn’t made an album since my younger daughter was born and this record I
made all by myself really isolated and insulated. I had a lot of inspiration.
It was kind of a spiritual experience. I didn’t feel like I was alone. I wrote
it and recorded it in a basement in about three weeks. It was incredible. A
really fast speed.

Did it seem like a blessing to be immersed in it for that chunk of time, or
was it kind of overwhelming?

M: It wasn’t overwhelming. It was consuming. I was in my own head doing that.
Challenges set for myself to not make a rock record. Even though I’ve never
had a hit, I’ve always had it in the back of my head to try to write that way
because that’s how I came up in the business so many years ago. I really put
that out of my head, which was good. Give in to inspiration and go where it
took me.

It’s very listenable and engaging like the best theater, though. I love
“Indian Weed”. It’s so catchy but also talks about real things like the virtue
preyed upon. It brings you into the story and you want to watch it.

(Note: it’s like the best song in the world and I wish I could embed it, hahaha)

M: Those story or spoken word pieces , theater and fiction…it’s there but
it’s also the most personal album I’ve ever done because there’s not so much
written on specific historical situations or people. My own feelings. Rather
than taking from something that happened historically and sneaking my feelings
in there, it’s more pure invention. Using pure invention with my emotional
landscape.

Yeah, I guess it’s not like you had a unicorn horn mounted yourself, either.
(Note: “Unicorn Horn Mounted” is one of the best jams on this album) 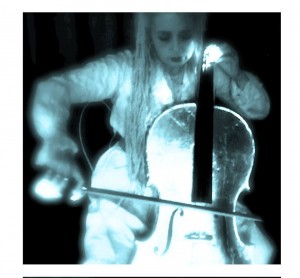 I also love some of the stuff where you did have historical references too. I
had no idea until I heard your song about the envelopes Emily Dickinson would
write on. That was so cool. Envelope poetry.

M: Yeah, that’s pretty literal. I have a beautiful coffee table book about how
she wrote her poetry on the flap of envelopes. Those are some obsessions.
Emily Dickinson. Renaissance era ladies in waiting. There’s a few. “Indian
Weed” is the Renaissance.

Dickinson’s handwriting is hard to read!

Was this album telling you what you wanted to talk about or did you kind of
know ahead of time?

M: Very organic and flowing. Telling me.To make the album at all was like a
spiritual assignment. “I gotta do this!”…for some reason, I know not. I
think it was a purging. Get some stuff out of me psychologically speaking to
work through some issues through music, a really healing art. I have a lot of
frustrations with the music business and a mid life crisis at the same point.
So it was therapeutic for me.

Sure. “Sparrowhawk” you get to use your Dan Electro and it almost sounds
Melvinsy and other songs are like long form and the wordplay is insane. So
concise and takes so much control at the same time. It’s very impressive.

M: Oh, I have such a blast in the studio. Something that was boring years ago
like mixing is really fun. Once I did it myself I was gleeful. Clapping my
hands. Cracking myself up. “Oh, that’s so funny!” I’m like a mad scientist in
the basement.

I know studios can be stuffy but it doesn’t have to be. Now, you can do
whatever you want. Did it feel like your were reinventing how you wanted to
approach the music industry?

M: Um…yeah, well…just to make things from pure inspiration without an ear
to performing it live or selling it or considering what fans may want to hear.
I believe when you do things that way the product comes out better. Recording
feels a lot like painting. Slap stuff down. Try this effect.

M: It’s easy to make pleasing noises of any two ideas but to write a real song
is hard and intimidating. So put all the rules away. I pretended I was alone
on the planet.

Do you mind talking about the marketing and emphasizing the physical copy
sales over any digital?

M: I have frustrations with the music industry. It’s really messed up. People
want things immediately. The whole way we listen to Spotify and Pandora makes
professional musicians like me unable to make a living. It’s a slavery that
music is assumed to be free. I never chose to be on those services. Companies
have a whole channel of #rasputina with all my music for free. We cannot name
any other business where stuff is taken by corporations and given away for
free.

Initially it was liberating as you could hear any record, knowledge would
spread, people would hopefully support tours, etc. It’s turning out that
everyone is making like a middle income or breaking even or many suffer huge
losses without inventive vigilance constantly or corporate backing. I mean,
big bands can keep afloat but it’s harder for everyone.

M: People take music as such fast gratification. You don’t savor it and have
value. I take forever to ship cuz I mail them myself and it’s only physical
copies. “I’ve been waiting one week for this”. You can wait 4-6 weeks, cuz I
take forever to get over to the post office (laughing). It does make
anticipation hard on them. I’m grateful. It makes the music more special to
have anticipation rather than everything’s throw away.

This music is just being used to sell ads on Youtube now. It’s a crazy thing.
Artists are not benefitting enough.

M: I’m old school and it’s really hard to make a living. I’m an artisan and
craftswoman. I make things. The climate is give it away, give it away.

And your stuff takes a lot of effort to execute right. Even the costumery.

M: yeah. I’m so excited to go out on the road. It’s been so long. I feel
really refreshed and eager to see people. I was sick of touring so I feel like
it’s a whole new era.

Is it true you did a Motorhead cover?

M: Oh yeah. Some music I do sell digitally but I like to make it like a pop up
shop. “Ace of Spades” was up there awhile. I get letters from fans like “I
must have everything”. It’s up when it’s up and then it goes away. With the
internet people want everything all the time. Nope. It’s gone.

Then people pay attention. It’s nice too. Jarboe had a thing where you can get
the main label released CDs but she does amazing one offs like Skull Girl or
reading the Stream Enterer series where she is reading the Bardo. It’s
inventive and wonderful and special.

M: Yeah! Let’s just make stuff. You don’t need to hold on to it so hard but
pay me when you do get it. That’s how it is with my spoken pieces too. It’s
not as hard to make as a song song but people might love it as much. That
encouraged me and they are fun to do anyway.

I relate to what your saying. I understand people saying music is a shared
experience but it takes time and energy. Even being a music journalist.
Sometimes I make some money but often I am fucking starving. But it takes time
to do this stuff right. And it is important work for following culture. I wish
more fans were like Amanda Palmer fans who really support the process and
interact.

M: If I was paid by the hour it would be like ten cents and hour (laughing).

We still gotta eat, man. (laughing) Can you talk about the group you have now?

M: well, right now we have organic beat box looping instead of drums and I
LOVE that. I love the music and to be in the moment is good to keep in mind.

Yeah! I love that. It can be liberating and throw you out of your comfort zone! I am a shitty guitar player but I’ll do acoustic shows and I’ve done tons of shows over the years but my arm was shaking! And it was only like, my friend Liana watching me (laughing).

M: (laughing) Yeah, I used to get nervous like anybody. With all my good refreshed attitudes that came out of adversity, I don’t have that now. Everyone’s at a show cuz they want to be there. It’s not adversarial. 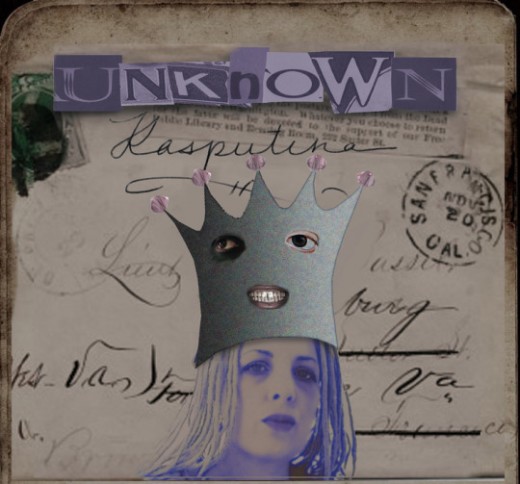