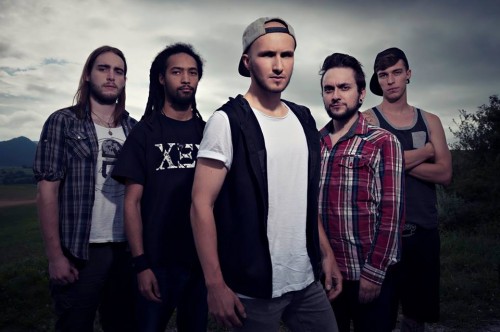 Rise Of Doom are a rock solid new metalcore band from France who are better than about 80% of the pack, which means they certainly deserve to be on the radar of all metalcore fans. The band show a lot of promise on the very heavy yet colorful and effective self-released Purgation. Check out our interview with some of the guys BELOW.

How are you today? What is the band up to? Where are you?
ROMAIN -Bass / Cleans:
Hi we’re all fine! thanks, We actually live in Lyon and Grenoble in mountains.
Some big announcement just dropped  so we’re currently working on all these
stuff.

TOM- Drums : Hey what’s up Metal Riot ? We are working hard for our next shows.

How did this record Purgation come together? I feel like a lot of kids will
be able to latch onto the music if they hear it.

R: We were working on that album for more than a year.

So, I don’t know too much about you guys other than enjoying your record,
which is cool. Do you travel around Europe often? How many shows have you
done?

R: I’m glad you enjoy it ! We released our album on 28th of january and have just finished our russian headlining tour. Other than that, we have only played in France for the moment but expect an european tour really soon !

How was the “Gaia” video to make and execute? I like the chanting and long
build up intro to that song. Really goes along well with the movie style
video moments.

R: We exclusively worked with “Dissension Productions” a french guy who shot all

the scenes and mounted our MusicVideo.

T: I think that if we can resume the video recording in one word it would
« COLD ! ». We were in t-shirt and the temperature was oscillating betwen 1°C
and 6°C. The hardest was for Gaia having to act half-naked while the
temperature was decreasing.Finally, everything went well as we were really happy to be there and the
result was beyond our expectations.We are influenced a lot by movie soundtracks so we wanted the video clip to be
like a short movie following the atmosphere of the song.

Sometimes listening to “Hold This Life” I can envision gladiator combat or
kind of imagine scenes in some rad video game that doesn’t exist yet. It
definitely fills the head with visions. How did you feel when giving life to
this song?

R: Seriously?! Maybe it is Brass effect “laugh” (not Mass Effect). yes, indeed everyone of us have a different vision of this songs which have a

T : This song is quite special as it has a more « progressive » structure.
There are a lot of different parts and it doesn’t follow the traditional
verse/chorus scheme. I totally see where your gladiator thing come from as
this song is epic !

Are there certain moments that you’ve shared as a group that you never
expected? I love how life can surprise us and we grow with it but also can
hold onto the core of our values. I think too many bands erode what they stand
for to fit in with changing times.

R: Yes, completely ! I wish it’s just the beginning of a long way!

I think you’re right, today it is important to struggle for what you stand,
that’s what we do most of the time, but i also understand peoples who gave
up… feeling so alone…Life’s too short to to lead a battle alone…without being able to see the end
of the conflict.I think it’s the reason why we share unexpected moments like that.

How did it feel when you finished Purgation? What do you hope people will
take away from it? “Global Disorder” is full of interesting breaks and
stops as well as just being more effective than most metalcore bands. Even the
familiar elements are really well executed. Did you want to write a lot
about the world’s problems more than relationships?

R: It feels like a huge relief, because everyone worked hard on it and it’s also a great experience!!And for sure we wished the best concerning the feelings that the album would bring.

Is it easy to execute the band’s recorded sounds live? There is a lot of
lows and highs competing for space between the tuning and the piano. And
then you add growls and loud ass drums, hahaha. \m/

T: As you can guess, it takes a lot of work to make everything sounds as clear and audible as possible. There are a lot a things going in our music so everyone has to be at its place. That’s why we rehearse a lot ! 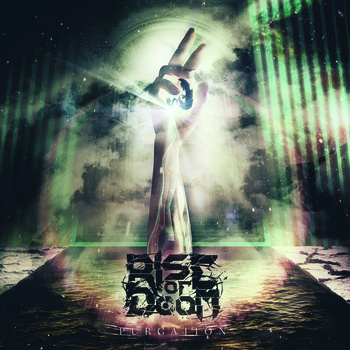 More News On Rise Of Doom:

More On: Metalcore, Exclusive, Rise Of Doom,
share on: