Interview: Seeker – Unloved and weeded out 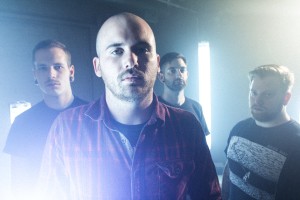 “I’m starting to think more and more that Seeker was inevitable. Everything about this band is a true extension of me.” – Bryce Lucien (VOX)

Remember the feeling when you first connected with a heavy record? Remember the power? Be it FAR BEYOND DRIVEN, BEAST ON MY BACK or FOR THOSE WHO WERE CRUCIFIED, the music rooted you to the spot and tore the scabs of the everyday away to bleed out and cleanse the conformity.

New Victory Records signees Seeker are a Dallas based band who just might make you feel that way again if you have become numb to most goings on in the “hardcore” and “metal” scene. The band’s new album UNLOVED is a direct and unforgiving portrayal of tensions wrapped in a big bow of hate (click HERE for our review). It builds nicely on their recent 2012 EP The Antagonist and will hopefully help the band get a real toehold to rip some of the weeds out of the once lush bed of metal/hardcore crossover. Sharing stages with Aegaeon, Impending Doom and Betrayal has certainly not made them less hungry.

I talked to vocalist Bryce Lucien about Dallas, metal core, Victory and more. Click HERE for the scoop. 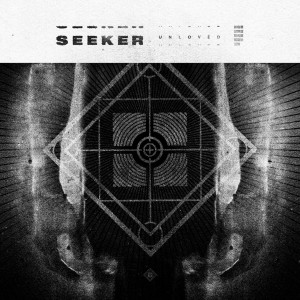 How are you today? What is going on in the Seeker camp?

Bryce Lucien (VOX) – We’re doing pretty good today. It’s 11am and I’m already drinking because of this absolute motherfucker of a hangover that I have. Aside from that it’s great. We’re about to go do some last minute tweaks to our live show, and run through our set a couple times before we leave for tour at the end of the week. I’m pretty excited about it because we literally never practice between tours. Ever.

Your band has real feel in your music, even in the more emotionally distant parts. I think it makes for a more honest form of “metalcore”. Frankly, that term does your a disservice anyway.

I really appreciate that. Creating real, intense, emotional music is definitely priority number one for us. I’m not really concerned with genres and I couldn’t give less of a fuck if we fit into a certain scene or not. To me, making music isn’t worth it if it’s not coming from a real place. I still don’t think we’re even close to where we need to be artistically or expressively, but I feel like this album is a step in the right direction.

How did you become a part of Victory Records? I feel like Victory have had a lot of recent signings that have re-renergized the label, though it is a damn shame God Forbid broke up after just releasing one of their best albums EQUILIBRIUM.

You know, I’ve honestly never really listened to God Forbid. I’ll have to check the album out. Victory got in touch with us earlier this year, and I was immediately impressed not only with how proactive and excited they were about wanting to sign our band, but also with how passionate they all seemed about music. We’ve toured a ton, and have all been playing music for a long time so naturally record labels that we might want to work with would come up. The thing with Victory is that we always thought that they were too big for us. We would have never expected a label like them to not only like our band, but give us the incredible amount of freedom to be exactly the sort of band that we want to be that they do. They’re all just as excited to see where this band takes us as we are. We owe a lot to their staff, and I’m extremely excited to get to work with them. As far as Victory’s new signings go they definitely have a lot of awesome younger bands coming out, but if they never signed a good band ever again they would still have signed Integrity and Blood For Blood. Enough said.

I have been to a lot of heavy shows but I can scarcely imagine the wear and tear this music must put on you guys. These songs are intense. How do you not lose your minds live?

We do lose our minds live. I hardly ever remember a whole lot from any of our shows because I just kind of let go and let whatever happens happen. I’ve got knots in my back so intense that I can’t sneeze, my head is covered in scars, I have carpal tunnel, and my knees always look like I’ve been in a car wreck. I don’t really give a shit though. I knew what I was getting into when I got into this kind of music, and I’m gonna keep going until I just can’t anymore.

Can you talk about the album name “Unloved”? It could be a relationship or a low caste person (like Korn’s “Untouchables” haha) or things in society we take for granted. A simple title that makes you ponder things.

It’s more in the vein of “K@#Ø%!” than “Untouchables”. “Life Is Peachy” was a way better album than “Untouchables” anyway! But seriously, “Unloved” to me just sums up the overall feel of the album. Without going into a ton of detail, a lot of the songs on this album deal with being really intensely alone. To me that’s the emotion I feel when I take in the album as a whole. We didn’t write this album to feel good. I’m not even really sure if it’s supposed to be all that enjoyable. 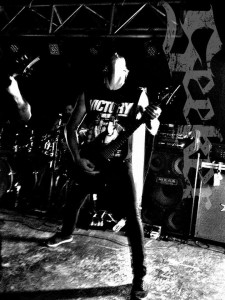 What were some of the themes or life experiences that went into the lyrics of this record? Any pivotal wake up calls that made you write the way you did? This is a very moody but cerebral release, even as it is very affecting physically. It feels like blood boiling at times but also massive release.

The album really was just a massive release. There were a lot of things going on that I needed to get out, and that kind of consumed me while we were writing it. I won’t go into specific life experiences, but a lot of the album deals with depression, suicide, mental illness, self destruction, self loathing… Stuff like that. Things are getting better. I’m finding myself in a better and better place all the time, but I was definitely pretty miserable to be around while we were writing it.

Can you talk about coming up as a Texas band? My cousins are in a band called Hawk Vs. Dove and also Hello, Lover from Irving/Dallas and I visited them once and saw some great shit in Texas. Caught a Lightning Bolt show, among other things. I was really stoked at how awesome Dallas was and almost moved there. People really seemed (at least the ones I met) to care about the music there.

If it was the Lightning Bolt show at Sons of Hermann a year or two ago I was there! That’s awesome. I fucking love Lightning Bolt. We’ve kind of had an interesting trip being a Texas band. It took us a really long time to start being accepted in Dallas or any of the surrounding cities. We basically played one show and then started touring constantly so we didn’t develop any roots or any sort of home for a while. In the last year though, we’ve really started to love it. We made some friends in Austin, and that has gradually become our adopted hometown as well as our favorite place to play on the planet. I’ve started to really appreciate the Texas music scene as a whole too. There are a LOT of people who are unbelievably passionate about music. Dallas is home so I’ll always have love for it.

How has recent touring been? Any particularly awesome shows or people or “metal” stories? What do you love about witnessing or visiting different places? Being voyeurs or interacting with new scenery?

Our last couple of tours have been fucking awesome. Too many awesome shows to list them, although we did have probably our most awkwardly intense show in Tucson last month. One of those shows where we walked offstage feeling like we had almost let go too much. It felt really great. As far as people go, we met this really amazing guy from Japan on our tour with Aegaeon, who flew from Tokyo to see us. He brought us a squishy, stress ball tit, a tiny little samurai sword, and got next level drunk with us. He ruled. It’s people like him that make us love traveling. I just want to experience as much life as I possibly can, meet as many amazing people as I can, and love what I do. Touring lets me do this, and I love it. I’ve been touring in bands pretty much constantly for almost the last 7 years and I can’t imagine doing anything else with myself. Travel provides you with a perspective that you can’t gain any other way.

Thinking back on your lives up to this point, does it seem like Seeker was inevitable or are you startled to find yourselves living this path? What are you looking forward to on the horizon?

I’m starting to think more and more that Seeker was inevitable. Everything about this band is a true extension of me. There has definitely been a lot of dark, awful things that have happened over the last couple of years, but if those things are what brought me to this chapter of not only Seeker, but almost my personal life then they were very worth it, and I am extremely grateful to be where I’m at. I’m looking forward to continuing to tour constantly, see more of the world, and continue growing as a musician. I don’t really have a master plan or anything. I’m just along for this journey and I’m curious to see where it takes us.