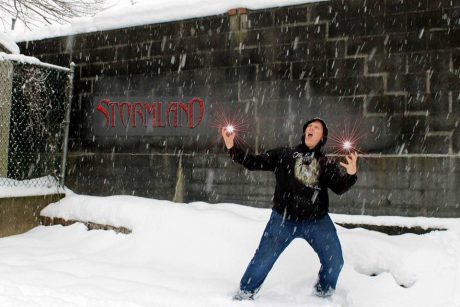 Stormland is the Gundam-centric death metal brain child of my friend Justin Pierrot. One of the most supportive and friendly people I have met in the Twitter metal-verse, Justin has just released his labor of love Songs Of Future Wars to the unsuspecting masses. He is a creative and enthusiastic individual who cares about the experiences of others and has also been very kind to me in moments of depression, so I thought it would be great to find out more about his own experiences and what led to this brutal yet personal and metaphorical album that is dressed up in stories about giant robot suits.

How did this project start? Were you nervous to have a one man band, so to speak? How’d you get into metal?

Justin: The project started many years ago in my bedroom, around 15 years ago. I lived in a small town, and couldn’t find people to jam with who wanted to play the same stuff I did. I managed to finagle a buddy into playing drums on one song and recorded a demo on his Zoom 8 track recorder. It was sloppy Dismember worship then. And then I just kept at it, eventually went to school for audio engineering, and learned to do everything myself. I tried putting a band together at one point, and we lasted for one gig. Ever since then, I just focused on trying to do everything myself. As far as what got me into metal? I was around 7 or 8 years old when an older neighbor that I went to Tae Kwan Do with introduced me to Anthrax. I was hooked then and there, much to my parents’ chagrin. So I guess you could say I’m a lifer!

What gave you the urge for writing Songs Of Future Wars? I am admittedly very ignorant about Gundam stuff, so perhaps you can elaborate.

I stopped being angry and needed a lyrical concept, pretty much. I used to be conservative and used that for kind of preachy, ranty lyrical ideas – you’ll hear that on the very first demo – and I was really angry between that and getting bullied all through school. Eventually, I met my wife and she helped me get on the path to Catholicism, and that mellowed me out and – you’ll laugh – got me shifting my politics to the left. So yeah, I needed a concept, and after talking with my buddy Brandon, I ended up running with this. Kind of a “Don’t ask ‘why?,’ ask’ why not?'” thing, as Kevin Smith would encourage people to do. It allowed me to explore characters and mindsets, and in a way I didn’t expect, politics too. Yeah, there’s a couple songs with some macho bravado, but I think I presented them in a way that’s darker. I think a lot of it’s ultimately anti-war, though. If you look at the lyrics for songs like “Conflict Child (GN-001)” or “Reclaimed Human Debris (ASW-G-08),” yeah, they’re about people fighting on, but I’m really trying to show that the characters are still irreparably damaged from being child soldiers, as an example.

What does the name Stormland mean to you? Before I knew you better I admit I was a little worried maybe it was a fascist name, like some Stormfront thing.

Stormland’s just a cool name I took from a Kataklysm song after I realized too many bands were using the name I’d originally thought of, Blood Red Sky. I loathe that white supremacist assholes have appropriated “storms,” my friend. If I had it in my power to take it back from them I would. Storms are powerful, and can do a lot of damage, but the results can bring people together. Saving others and rebuilding communities together with people of different backgrounds. They can transform landscapes and communities equally. So, here’s my call out. People on the political left: Let’s take storms back. They’re transformative, they force progress, and can strengthen communities and bonds. Don’t let hateful bigots take away everything cool!

I love that! Well said. How time consuming has it been to work on all the models for this? I guess if it is your passion all that attention to detail is fun!

It can be time consuming to build those models, depending on how much work I want to put in. A regular, snap-together build can take a couple of hours, but if I want to paint and customize a kit that requires waaaay more time. And it IS fun. I know this is going to make me sound horribly out of touch, but I think the urge to build things with one’s hands just to see the result is a positive trait within masculinity that should be encouraged as an alternative to entitlement and conquest. But I digress… Regardless of gender, creation is fun! You know that too, as a fellow musician. 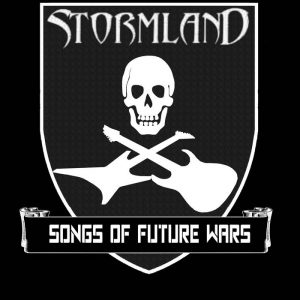 Sure, I mean when I have worked construction it is good to see the results of all that work in a positive way. What would you say were the primary influences on this project? I know you’ve done a Bolt Thrower cover.

Definitely Bolt Thrower, yes, but I tried to make every song with a different set of intended influences. I wanted to make the album like a mix tape, so the first song is all Napalm Death, Wormrot, and Black Dahlia Murder-covering-Sedition, the second one’s a weird Fear Factory-Toxic Holocaust-Hate Eternal-Converge influence mash-up, third one’s just a big Carcass-metalcore thing, track four is Bolt Thrower-Lamb of God-Obituary… I just kept going like that. I’m hoping to eventually con somebody into interviewing me on their podcast just so I can play, “Who do you think this sounds like?” with them! It’s my favorite thing to do. I know who I took from to make these songs. I want to hear who other people think it is. That said, all the Bolt Thrower comparisons make me squeal with excitement on the inside! It’s a HUGE honor for me to be compared to them, because I have such massive amounts of respect for Karl and all the other members.

Yeah, he is such a nice guy to fans as well. Do you plan to play live with this with other musicians?

Nah… No live shows. Besides the time spent working, and being a husband and father, I just don’t have the right mindset for keeping a band together. Somebody would need to pay me enough to hire a band to play the show, and the likelihood of that happening is about the same as Harley Flanagan taking on John Josephs in a professional MMA bout.

Hahaha. Oh man. So, what was it like recording this album and what are your next plans?

As far as plans, once I finish the promotional cycle for this album, I have to finish recording and mixing the Unlucky Star EP I’m doing with Richard Weeks of Blackened Death Records. It’s a “fun” doom album, at least in intent. My spin on playing doom, with Richard singing, trying to keep the songs all under the seven minute mark. Lots of Cathedral, Crowbar, and Katatonia influence in that, I think. I also have to write a couple tracks for another project I can’t say too much about until it’s done, lest I jinx it. Then after that, woodshedding and bringing up my guitar chops, especially for leads, as I get into musical research for the next Stormland writing cycle. I have a concept in mind for that may be biting off more than I can chew, so it’s up to me to make it work.

Thanks for your time, Morgan! Songs of Future Wars is available on iTunes, Spotify, and all the other major online music spaces, and most importantly at www.stormland.bandcamp.com! I’m also running a pre-order campaign for some pretty bad-ass shirts there, if anybody’s interested in a non-standard metal band shirt. Peace! 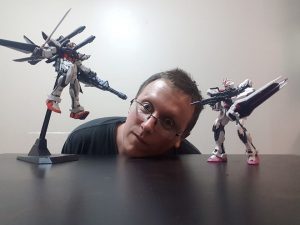