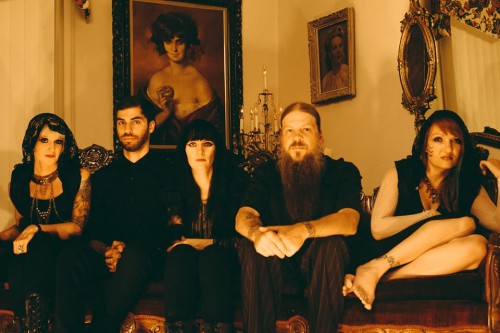 “The thing that keeps us going, I think, is a strange yet wary faith in the band…” – Rebecca K. Vernon

SubRosa are the band I go to when understanding needs to be marrow-deep. When sadness settles in the bones. A place formerly reserved for Acid Bath, Cat Power and Sisters Of Mercy rainy day musings (ok and recently some Lana Del Rey, hahaha). SubRosa proved with More Constant Than The Gods that their songwriting streak is no fluke. The Salt Lake City band are also uplifting, cathartic and powerful with even a touch of activism in the lyrics at times.  It is a mix of mourning, morose rumble and poetry that has the band tapped for Roadburn next year and sharing stages with the likes of Neurosis, Boris and The Atlas Moth.

Click HERE for an exclusive chat with Rebecca Vernon. 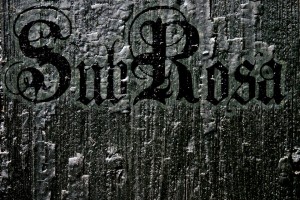 I remember finding Strega and being blown away and the band has only gotten better as the years have graced you. How has it felt to hear the accolades of people who are very touched by all the work and emotion you craft into your songs?

You’re one of the few that has been with us since Strega and before, so thank you. It’s pretty overwhelming and means a lot to us when people connect to the music and tell us. That means more to us than other types of recognition. From the beginning, we wanted to make music that scooped people’s hearts out with a dull awl. Not music with a particular message, necessarily, but music that made people feel something. However, I don’t think we started fully realizing that goal (of having the emotional impact on listeners we envisioned) until No Help came out.

Was it hard following up No Help For The Mighty Ones (aka. the coolest album ever, haha)? That record was such a powerful work but you nonetheless were able to really draw on a well of creativity yet again for More Constant Than the Gods.

The members that created No Help were all proud of it and we considered it a milestone. I tried not to think about that when creating More Constant, but it was hard sometimes. I didn’t listen to No Help at all during the months we wrote More Constant, because I didn’t want to be influenced by it.

I’m trying to approach the next album the same way … seeing it as its own entity. I want it to not just be a repeat or continuation of More Constant, although I’m not really sure what the next album will sound like. I guess we’ll see.

Let’s talk the recent touring. Finally East Coast! How did you get hooked up with Boris and The Atlas Moth? Sub Rosa is a little more somber than the others but nonetheless fit in well. Such a powerful combination of bands. I know some of the girls from Sub Rosa were on the newest Atlas Moth release The Old Believer, correct? Do you recall when you were first aware of both bands?

I first connected with The Atlas Moth a couple years ago, when they came through Salt Lake City and played a show and stayed at my house. SubRosa was on a year-long break at the time. Stavros and I went to Del Taco after the show to get a nutritious dinner for everyone at 2 a.m., and the whole time, he was telling me how I needed to continue with SubRosa, I needed to find a way. He wouldn’t take no for an answer. I wasn’t talking to many people at the time, so his was one of the few voices that got through to me and stayed with me. Anyone that is glad SubRosa is still around, be sure to thank Stavros for being an encouraging voice that helped tip the scales.

We stayed in touch with The Atlas Moth since then and yes, Sarah and Kim contributed violins to The Old Believer and I think they did a great job. The strange thing about the Boris/The Atlas Moth tour is that we accepted the Boris offer to tour before knowing who the third band was. It was a very strange coincidence to find out it was The Atlas Moth. Kim even played a song with them every night while we were on tour together, and David from The Atlas Moth sang the male part of “The Usher” live on most of our dates with them. So that was a nice collaboration. 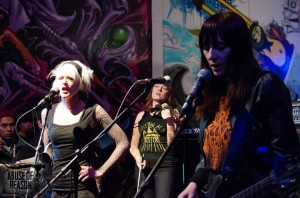 What has kept the band going through harder times? As Howard Jones sang in his Killswitch  days ,”…Through adversity there is redemption”. Your music has so much strength and life in it.

Every band that’s been around awhile has their share of hard times, but sometimes it does seem like we’ve had a little more than average. The thing that keeps us going, I think, is a strange yet wary faith in the band that probably should have been crushed out of us long ago. Other things that keep us going are taking periodic breaks of however long we need, communicating with each other, and not bending to outside pressures or arbitrary timelines. 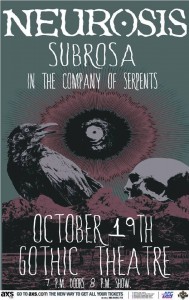 “Fat of the Ram” is everything great about Sub Rosa. Patience of tempo to create feel, poetic imagery and a sense of hope, longing and perhaps loss. But a feeling of possible growth. And it is long and doomy! Can you discuss the story behind that song from More Constant Than the Gods? It seemed to me to be another sort of examination of class war like my first favorite Sub Rosa song “Crucible” (though I could be reading it wrong).

“Fat of the Ram” is, in a way, about class war. It’s about the privileged elite setting arbitrary social rules for the rest of the people in a religion to follow. The “privileged elite” does not necessarily refer to the officially appointed leaders of a religion … it refers to those who have gained their influence and power through notoriety, fame, wealth, career or political channels, and then, titillated by power, addicted to prosperity and the accolades and honors of men, live up to the image of a “righteous person” with scrupulous perfection, but turn righteousness into an instrument of social oppression, an instrument of judgment and scorn …

There’s an amazing quote that sums up some of these thoughts that I’ve had. I read it after I wrote “Fat of the Ram,” but it eerily captures the gist of the philosophy behind the song. It’s by Hugh Nibley, a renowned LDS Church historian (and you can tell he said it in 1973, haha):

“…the worst sinners, according to Jesus, are not the harlots and publicans, but the religious leaders with their insistence on proper dress and grooming, their careful observance of all the rules, their precious concern for status-symbols, their strict legality, their pious patriotism. Longhairs, beards, and necklaces, LSD and rock, Big Sur and Woodstock, come and go, but Babylon is always there: rich, respectable, immovable… We want to be vindicated in our position and to know that the world is on our side as we all join in a chorus of righteous denunciation; the haircut becomes the test of virtue in a world where Satan deceives and rules by appearances.”

That is amazing! How has this current line up of the band been working out? You seem to have really settled into a good working groove.

The current lineup is great. Everyone contributes musically and non-musically alike. For example, I just bought a touring van for us today and Levi, who is a certified mechanic, went with me to give it a test drive and look over the engine before I bought it. Sarah creates our tour posters and other art, like the limited-edition posters that went with the 100 More Constant cream-colored vinyls. Kim has a very trained musical ear and is able to hear things right away that are problematic or could just be improved upon, that the rest of us miss. Andy is a full-time music producer and dials in our sound at shows, especially when we’re using a backline. Everyone contributes much, much more than that – those are just brief examples.

You are the first person that got me into Gaza! I saw in Decibel that you have been enjoying the new Cult Leader. Isn’t it amazing they have been able to rebirth like that after a sad turn of events? And I just got the Gravecode Nebula promo but have to sink my teeth into it. Just as I went to play it last night my crap computer crashed. Gah!

We’re really lucky to be a part of the Salt Lake music scene. Cult Leader, Gaza and Gravecode Nebula are incredible. Gaza and Eagle Twin were shining a spotlight on Salt Lake City, touring with Converge and Sunn O))) respectively, when SubRosa was just beginning to wobble around on our training wheels. Iceburn and The Kill did that too, back in the 90s. Cult Leader has undergone a huge resurrection and I’m really proud of them for getting signed to Deathwish and touring as much as they have. All of those guys are extremely talented and humble, and have always supported us. I think it’s safe to say we’re all fans of each other’s music.

How was Hellfest? Have you been to Europe often as a band or on your own?

Hellfest was amazing. They were incredibly organized. I walked around in awe of how efficiently they shuttled 40,000 people around for several days. Every staff member I interacted with was friendly and helpful and made us feel that they really cared about us. Music is truly the focus. The crowds were very responsive to us when we played, and I noticed they were very enthusiastic for every band I saw. I don’t think I saw one lackluster response. I felt a big connection with the audience while we were playing. Sarah has been to Ireland with her family, and Andy toured Europe many moons ago with another band he was in. My family lived in Germany while I was growing up, so I traveled around Europe quite a bit with them. I went Euro-railing when I was 19 for a month with my friend; that was fun. 

Was something like “No Safe Harbor” very difficult to track or do you pretty much know how to approach things at this point? Do you think Profound Lore will ever re release the first two albums or are you going to keep them on your band camp (strega, The Worm has Turned)? I love “How to Neglect Your Heart”. That song is so memorable.

I have been ruminating on releasing Strega and The Worm has Turned again, but we’ll see. I’m glad you like “How to Neglect Your Heart.” That is the only other song I’ve written about Utah culture. Funny that you should mention them both.

“No Safe Harbor” was very difficult to track. We almost thought about ditching it, actually. It was at first just a big meandering guitar track with really ill-fitting vocals that served as a skeleton to lay down other instruments. It was empty and boring and we didn’t know what to do with it. We finally laid down piano and violin and cello and flute and it slowly started to come to life. We redid the vocals, cut out an entire part in the middle and edited it down. Honestly, I’m surprised we were able to save it at all. I mean, I loved that piano part when I first wrote it, and I’m glad it’s on the album now, but finalizing it as a song was a huge pain.