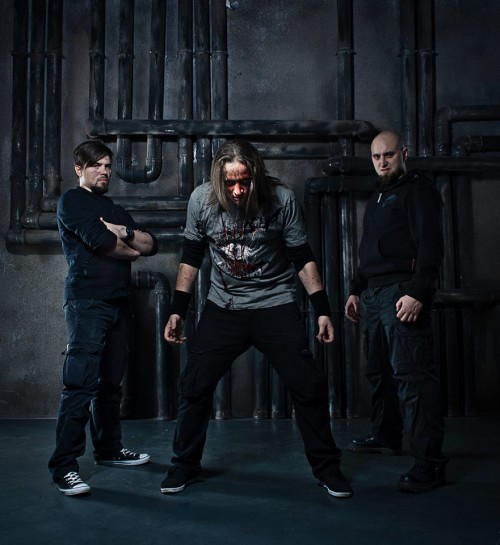 We love writing about bands from around the world, be it Impiety, Krisiun or today’s example…the ferocious death metal of Russia’s Tacit Fury. Enoth (Guitars, Voices) was cool enough to write to Metal Riot self promoting recently and I was taken with the band’s talent, growing fan base and obvious belief in real death metal. This is a band with must hear heavy riffs. Great shit! And they also have several music videos. If you don’t know Moscow’s death metal threat Tacit Fury yet, you are in for a great ride into the black pits.

Their new album A Social Berzerker  is real underground death metal with pro execution and the conviction of a zealous killer. Dmitry ‘Enoth” Enotov and his cohorts can be traditional one minute then startle with a huge riff that is simpler but twice as heavy, and not in a stupid played out breakdown way. This is “Mind Crushing Power Dominance“!!!

Click HERE and get your head bang on. Metal, the universal language (of death)! 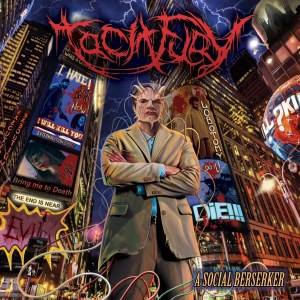 How long have you been a band and what made you all fall in love with extreme metal? You have a very professional production sound and intensity. I am happy to have learned your band is out there.

We are the band around 4 years. We all have our own way of metal. For example, I was 15 when I first have listened to Cannibal Corpse. It was awesome. Before that I listened to different kind of rock like Nirvana, Pink Floyd, Beatles and etc. Our sound created by very professional Wieslawski Bros (Polish Hertz Recording Studio) and well prepared before the recording session.

How was it making the “Lacerated, Strangled, Impaled” video? That heavy riff under the solo is so ugly and awesome! Very heavy song. You guys remind me a bit of, like, Whitechapel meets Sepultura. A sick sound.

It was hard. We was limited budget and this is reflected on a few moments in video. Anyway it was funny and sometimes a little bit scared especially in the last scene. You see the guy who kills his victim with the hatchet. Actually he beats the bed and he strikes this bed near her head. But our actor controlled the situation and all was ok. Whitechapel meets Sepultura? Ah.. Nuclear comparison. 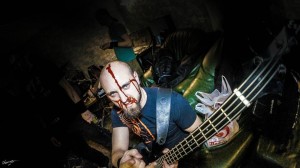 Are you disturbed by the tensions between the USA and Putin?

We’re out of politics. But we have some concern. We have a support from the USA listeners and we want to play shows for them someday.

What were your lives like growing up? Did you always live in Russia?

Yes, we were born in USSR and live in Russia now. I was growing up in Volgograd, Stalingrad early. It was a good time but not for the metal music. It was too hard to find any tapes with metal. Our drummer was born in Donetsk, Ukraine. And the bass player Alexey growing up in Ruzaevka, Mordovia. Later we all came to Moscow and met together to do some Death Metal.

How did you meet one another? When did you know you wanted to be a band together or had similar interests in death metal? Also, what is the metal scene like where you live?

I played in a few black metal bands that time when I decided to form my own band. So we met together through the internet. It was in late 2010 when I met Alexander and we started to play the shit that you can hear in the “Horrors From Depth”. We played just what we wanted. In 2012 we met the best bass player for us Alexey and recorded the EP I mentioned early. So happened that our tastes coincided. We all wanted to play catchy, groovy, tight, powerful, and heavy music. To be honest, we labeled our music as Death Metal just because people wants to know what kind of metal do you play in 2 words. What kind of metal it is actually? This question is for your imagination.

Have you toured a lot in your country or elsewhere in Europe? How often do you practice?

The last year (2013) we toured in a lot of cities in our country, took a part of Belarusian Metal Crowd Fest and Ukrainian Metal Heads Mission. This year we played in Poland, Slovakia, Ukraine and a little bit in Russia. Also we plan a tour in the autumn of this year. Usually we practice 3 times in a week. It depends on our employment.

Are you working on a new album? I am learning about your old songs on Youtube and I love the marching intro battle riff of “Frozen Wheel”. What do you most often like to write songs about?

I guess we start working on a new album a little bit later. Yeaah, “Frozen Wheel” is a nice song We like to write about humans. All our lyrics about mental disorders in hypertrophied form. That was never happened before but it may be in the future.

Do you smile when you write a really great song or make angry “metal” faces? hahaha

Something like that. Sometimes we smile, sometimes we make angry faces especially when we feel energy from any riffs like in the middle of the “Run While You Can” when guitars starts to play zeroes. hahaha. The simpler riff is the most powerful riff.

Has the internet helped you to reach fans across the world more or do you wish it was the old days when people had to trade tapes and keep it really underground? I think the internet is good for spreading the cause of metal, but there are sometimes too many bands that aren’t that great. You guys rule!

haha. Thanks. We use all ways we know to spread our work such as the internet, sending CDs to magazines, radio shows, and etc.

What album do you ALL agree on?

It’s really hard to say. We listen to so different music. I can say we all agree on Tomb Of the Mutilated by Cannibal Corpse and Painkiller by Judas Priest. 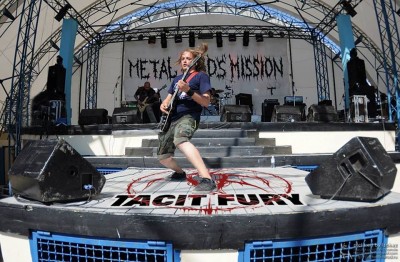