I had the chance to…stand in a blue hallway with Texas in July bass player Ben Witkowski this week at The Observatory in Santa Ana, California. The band is out with post hardcore kings Of Mice & Men, Woe, Is Me, Volumes, and Capture the Crown.

We talked about their musical influences, what their iPods have on repeat, and their “huge” summer plans.

To see what he had to say click here. 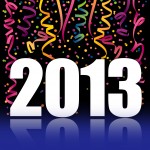 What do you guys have in store for the new year?

We are currently out on the Of Mice & Men Tour which we are very pleased to be apart of. Then we’re going to have three months off, which is good because we’ve been busting all year, we did over three hundred dates out of three hundred and sixty five days this year, so we’re really exhausted, so to have these ninety days off will be great and this summer we have some stuff that hasn’t been announced yet, or else I’d talk about that further with you so basically we have time off and we’ll start writing for a new CD, and we’ll start getting that process moving, because it’s really a lengthy process it takes about eight to nine months so we’re going to get a head start on that along with spending time with our families and just write more music.

Well, I quit college, and all of us quit school and our jobs to do this, and to us it’s truly the dream, so just being out here and being able to play to kids every night, is a great opportunity especially on tours like this that are drawing thousands of kids a night it’s an amazing thing to be apart of, all I really know is music, so being out here is just amazing, and I’m so thankful for that and all the guys in my band I’ve known for five, six, seven, eight, even nine years so to be on the road with them, they’re like my best friends and family, so it’s really all I have, but this is my choice to be out here. 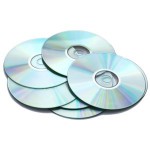 Your self titled album is now your fourth album, and third full length, most would say that by the time the third  album is done, that most bands have discovered who they are and who they want to be, do you think your band has found their own sound now?

You know, I’m the one who comes up with all the words and lyrics, and I came up with a few album titles, and I’m going to be honest, I didn’t love any of them, I wrote down like ten or eleven of them and none of them stood out I wasn’t in love with any of them—and I was in love with the music and that was the hardest part so basically I’m left with this eleven song record that I’m totally head-over-heels for and I love the music, but I have no name for it, so the best thing I could do is name it after the band it’s the only thing that made sense at the time I don’t regret it, it was just time for that.

Do you think your style will change when you guys get back into the studio?

As artist I always feel like we’ll grow and change, our style will probably grow and change as well, our ears are always open, listening to something different, so I feel like overtime and with every CD we make we will slowly evolve and change, nothing crazy but we’ll always experiment and try different things.

What is the hardest thing about going on tour?

At first the hardest thing was leaving girlfriends and friends, family, and dogs and just everything at home, and not having too  much on you but as we’ve continued to put in the years of work we’ve seen things to start changing and we’ve started to make a little bit more money and we’re starting to get used to the fact that we’re not always home, but that there are always people there waiting for us, even though we’re always saying goodbye and now especially after 2012 we’ve adapted, we’re all good now.

You’ve been on tour with a number of bands, have any of them taught you any cool tricks to making life on the road easier?

Absolutely! Every band we’ve ever had a change to go out with it’s something new, it’s something learned, there is always something that I learn from every band. Each band will carry themselves differently, or believe, or be about something different beyond the music there is always a chance to pick up the pieces and put myself and my band together in different ways from what we’ve learned. I would say that I always learn whether it be from bands I love and look up to, or bands whose music I’m not really into, it’s always a learning process.

If you weren’t in a band what would you be doing?

If I picked up where I left off before I quit everything, I’d be flipping pizzas and going to college, but I quit for this and I love it.

What were you studying?

English and The Language Arts.

What artist inspire the band?

So many, The Deftones, any real artist out there who have a real talent, I’m influenced by how they say things, I know some of us listen to and are inspired by hip-hop, and rock, anything, there’s a couple bands we all like listening to together, but we all have our own individual tastes, and it all meshes together in the end.

What are you guys listening to right now?

I’ll be honest, I love the new Deftones CD, I hadn’t really checked out their stuff before that, but I recently bought their entire discography all of their previous work, and let me tell you, Saturday Night Wrist is a great piece of work. Right now I’m spending all my time rotating through eighty-six Deftones songs. I’m also into Kendrick Lamar, his new album is awesome, that’s my every day go-to, I think he’s a great rapper and that he doesn’t get enough credit, but I think he’ll do great things. But generally those two: Deftones and Kendrick Lamar.

What do you think the hardcore/ metalcore scene different from any other scene?

I can’t say that the metalcore/hardcore scene is any different, just because we scream, I don’t know, that’s a good question, it’s like our parents would say that this is divided from everything else because we scream, but to be completely honest to me the screaming is a more honest and deeper feeling, but I can’t scream or sing, so I can’t say that one of them feels better than the other, but if I’ve learned anything over the last five or six years of playing music is that anger is the most perfect emotion for music and if anything’s angry it’s a scream, screaming is the only thing that can completely divide it.

Is there anything you want to add?

Pick up our new self titled CD, look for Texas in July this summer on a VERY POPULAR TOUR *makes big eyes*

This interview was beyond fun, the show was great, and I’m excited to see what Texas in July has up their sleeves for this summer…do you have any ideas?

Huge thanks to Ben and Texas in July and their tour manager for setting this up. Remember to catch Texas in July on tour with Of Mice & Men this year.