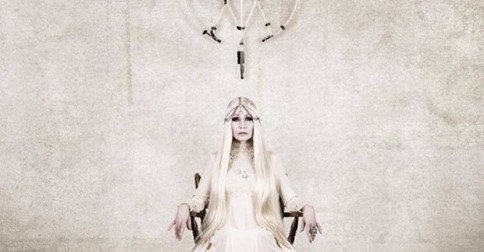 Dude! you’ve been super busy with the boris, sub rosa, moth tour, how did it go? I am eternally bummed that I was unable to make it and almost gutted myself with my katana in shame. Any highlights?

The Boris run was great! getting to play with both of those bands every night was an honor. We’ve been fans of both for quite sometime and it was nice to see our friends in Subrosa FINALLY hit the road. I know they were stoked to make it happen. Directly after that tour, we went out with Russian Circles for a full Canadian tour and then did a west coast run headlining which were both rad but, as you said, I’ve been a busy man. It’s good to be home finally.

How has it felt to hear the mixed reactions to the new Atlas Moth record? I think it is an incredible album. The fun part with records that are extreme or psychedelic is making people feel uncomfortable sometimes. “The Sea Beyond” is huge and relentless.
Ya know, I’d say its more satisfying than stressful. When you put a record out, of course you want people to like it but at the same time, at least in my world, I put music out for myself. The record is an extremely hard listen for me, personally. I was going through an extremely tough time with my mother dying of cancer and the record, as cheesy or cliche as it may sound, saved my sanity. If I didn’t have that outlet I don’t know what I would have done. I’ve been told by a lot of people that the record helped them in the same ways in helped me and thats all I ever wanted out of it. If someone could look towards that record and make a connection that helped them through a similar time, my job is done. It’s not a fun record, its not a party record, it’s a truly somber listen and it might not be for everyone.

[youtube]http://youtu.be/uKS3kQG5BeA[/youtube]That’s good, though. Like, I think Deftones S/T is amazing because it has “Minerva” and more difficult material. Thanks for sharing. What can you tell us about the advancement of Gypsyblood Records? How did you start the label?

The label is going smoothly. It was started as a joke between a couple friends, John and Rob McKinney, and has actually been a ton of fun. We aren’t exactly looking to “break” some bands out into the world but if we can shine a spotlight on some shit we dig, that rules. We have some ideas for some fun shit to release in the future which we are excited about.

How did you know you wanted to work with Cambridge, MA band The Proselyte? Their new EP is indredible – kind of a QOTSA vibe but more gnarly-and the cover art is so eerie.

We met The Proselyte a few years back when we jumped on a show last minute with them in Allston. They are just a fuckin incredible band full of awesome dudes and I feel like they should be a lot more popular than they are.

It was pretty amazing to hear Thurston Moore on Twilight’s “Lungs” and the other songs from the recent record. You guys made this underground connection between Chicago noise and u.s. black metal and the soul of DIY indie rock. It made sense to me because all of the people involved are about pushing limitations and erasing preconceptions, but from a very pure and artistic place. Despite all the stress surrounding that project, Thank you.

The Twilight project is necessarily over. We just wanted to move away from something that Blake Judd was a part of. I absolutely love making music with Sanford, Neill, and Jef and Thurston was a blast to have around as well. We have talked about possibly doing something again in the future. I certainly am all for it.

Why do you think as artists that people are so quick to chase $ and hop on trends instead of making a real statement? they ride bandwagons and then are forgotten, and it isn’t even like many bands are making a lot of money these days.

Well A. It’s hard as fuck making money playing music. Those are the breaks man. B. I don’t think many bands look at the big picture. Which is a difficult thing to do. Instant gratification is what so many people are going for but longevity is always something I have strived for. I have always looked up to the bands that have gone their own way and done their own thing and still exist. I’d rather be the band that consistently has played to a few hundred people every night for a career than playing arenas for a certain amount of time and then wind up playing in the suburbs to 30 people for the rest of their “career” as they cling to what’s left.

I’m listening to the new Earth record and that band along with you guys are one of those groups who I still can turn off my “musician’s ear”, stop dissecting everything/breaking it into parts and actually get lost in the music. Any records still like this for you?

That is a large compliment, thank you. I find myself still having moments like that all the time actually. Every Neurosis record, every Deftones record, every Nick cave…I’m a fan before i am a musician, forever. 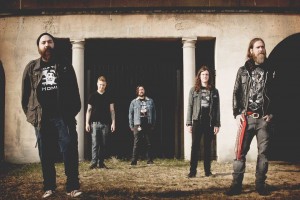