Interview: The Grape And The Grain – New album and a heavier sound 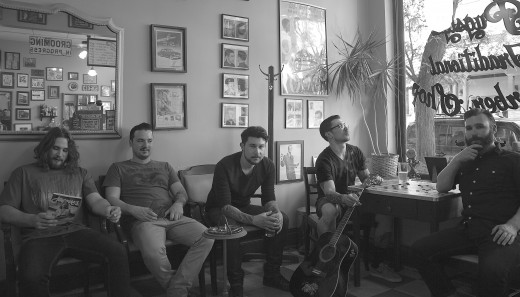 The Grape And The Grain are an ass busting hard rock band from Kingston, NY who defy the hipster trends and just slay with blues based hard rock that could appeal to fans of Clutch, Gaslight Anthem or anyone living on Earth with a pulse. The Grape feature members of prog rockers 3, indie band Time Travels and punkers Nightmares For A Week, yet forge ahead with a sound all their own.

I spoke with the whole freakin’ band about their self-titled record due in the near future, a release that promises to find some heavier sounds sneaking into the classic rock influences. Click HERE to read this interview. 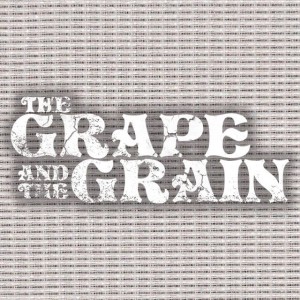 Ok, so you just announced a self titled release on Boneshaker Records. How did that come about and can you give us the details? There’s a crowd participation element?
That’s right, we are releasing our new self titled album Nov. 4th. Boneshaker Records will be handling the physical release, screen printing CDs, and also running the pre order campaign for Vinyl. Actually, Steve Markota is in our band, and does Boneshaker Records, which is essentially just a super small label of a few bands who we’re all really good friends with. Most of the releases, like ours, are screen printed.
-DG

Among the perks are limited screen printed record jacket’s, CD packages, and posters I’ll be printing myself here in Kingston at Boneshaker Print Shop.

The band are just killing it live and gig often. How do you balance it with Dan’s involvement in 3 and also how does it feel to experience the Grape get tighter and tighter as musical brothers?
Thanks Morgan! We love to play live, and have lucked out lately getting to play with some really great bands. You know, these days 3 hasn’t been doing a lot of live shows. We’ve been spending some time recording, and releasing a song a month. So that’s given all of us some time to work on our own things. Everyone in 3 I think will put out something of their own soon. I can’t wait for it honestly those guys are all so great. -DG
We’ve been all playing together for years, and when we put this project together it all kinda clicked. Not to mention Dave is actually my musical brother. -JK
I love the unabashed love for the blues you throw into your heavy rock. It is familiar AND refreshing at the same time. How does it feel to be at this stage of the band?
Thanks! I grew up learning to play Classic Rock stuff like Led Zeppelin, and Jimi Hendrix, and then later getting into ZZ Top and stuff like that, and then in the early 2000’s I had the amazing opportunity to play with Jim Weider, who is a master Blues guitar player, and I learned a lot from him, so that style of music is ingrained in my brain forever. -DG
Upstate. NY is exploding with talent lately and having a real renaissance. Meridian from Poughkeepsie just made a killer Victory Records debut. Bands are touring through Kingston. You recently did a love poem release of sorts on the dark but inspiring The Hudson release. What can we expect from new material?
I know! It’s awesome to have such great talent in our area. The new material is a little bit heavier than the first record Better Keep Digging. As much as we love Classic Rock and the Blues, we also love heavy music, and that influence definitely makes an appearance on this new album. -DG
What do people need to know about you,as people…if anything? Or just enjoy the music?
We’re just a bunch of old friends trying to make some Rock & Roll, and have a good time doing it. -DK
How was it playing with The London Souls recently? Powerful band. You can blend on a bill with indie or rock or harder bands, cuz you just bring it Grape and Grain style!!!
Yeah the The London Souls are a bad ass great band! It’s cool to be able to play with indie, rock, or even harder bands, cause our style blends them I feel. We all grew up playing hardcore so the heavy stuff can come naturally. -JS
What keeps you going through the ups and downs?
Fortunately, there haven’t been any downs yet!- JK
Any thing about this Summer otherwise that has been particularly rewarding and what are you looking fwd to as we head into Fall?
Getting out on the road this summer was really rewarding, and also finally finishing up the album. It’s been a year in the making, so we are super excited to be putting it out this Fall. -DG
Check the band out on Bandcamp HERE. 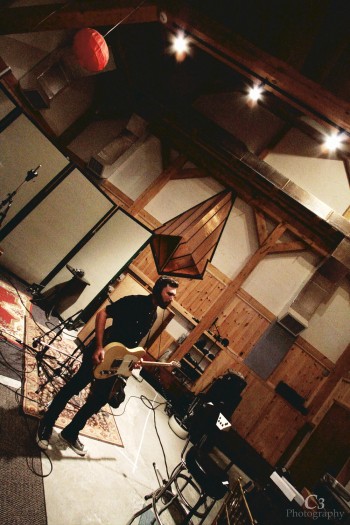 More News On The Grape And The Grain:

More On: Hard Rock, Exclusive, The Grape And The Grain,
share on: