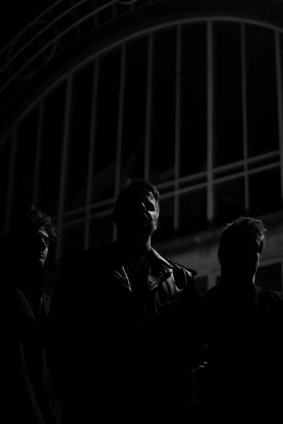 Please consider the following interview, in which we discuss New Zealand’s The House of Capricorn‘s latest movements and influences in the world of shadows. Anyone who  knows me knows that from August to the end of any given year it is hard to be around me because I am endlessly pondering my year end “best of” list. Well, it’s November and just when I thought I had it sewn up House Of Capricorn come along with fucking album of the year level material delivered with the ferocity and dark vision to almost fill the void left behind by the supernova of The Devil’s Blood’s passing (but in a more angry rock context). This really turns things upside down for me. Thanks, assholes!

Check it all out here in the great BELOW.

All questions answered by M. Pavlo

Morning Star Rise is an interesting title. Today Is The Day’s Temple Of The Morning Star is one of the only other releases that sort of captures the spirit of rebellion and personal growth (even through pain).”The Only Star In The Sky” is brilliant, like an ode to focusing on the road you are called to walk. (note: Watch the song’s music video premiere HERE).

Thanks Morgan. Very nice of you to say, and I’m glad it conjures that kind of idea to mind for you. That song is most definitely was written with that kind of concept in mind. From initial inspiration to finally being ultimately consumed by illumination; and lyrically through a bunch of deliberate metaphors in the verses (as well as a solid Sisters of Mercy reference too — haha).

I was thinking of a Marilyn Manson tantrum I loved from awhile back when Creed was popular and he was kind of like “WTF? Where’s the evil?”. You guys really bring the sympathy for the devil back to the forefront where it belongs, haha. Can you talk about themes of this record and what you had planned going into it? Any surreptitious supernatural happenings in the studio?

Lyrically, I can’t help but focus on the influence of the Devil in our world. I’ve always find it to be one of the most captivating ideas. At the same time, I’ve always also been transfixed with the idea of apocalypse/armageddon/revelation (with, of course, a viewpoint from the left). Combine those two, as well as a undying dedication to candlelit, gothic imagery (mental or visual) and the eloquent, poetic lyrics of people like Ike Vil and Peter Steele, and you get my/our thematic output.

As for spooky studio occurrences, nothing beyond the typical shadow-lurking and lantern swinging.

“Our Shrouded King” has such a furious strength in the performances. The way you attack the chords, simple but vicious drums and menacingly bold vocals is an onslaught. It is, frankly, more heavy than much death metal this year that was formulaic. The closest reference point of semi-atonal and roared vocals like that would be one of my favorite 90’s-00’s CBGB’s bands Dripping Goss’s EP Gift Of Demise (a band one of the guitarists of Warzone founded).I used to see them live religiously and they never got their due. How was it tracking this song and why did you choose it as a single over others?

I don’t actually know Dripping Goss, but will definitely check them out. Thanks for the (what i would consider) glowing song summary! ‘Our Shrouded King’ was one of the two songs on the album where I did maintain that vocal style throughout (along with ‘The Road to Hell is Marked’). Most of our material prior to this album was all in that vocal register, where the majority of this record is more gloomy. I’m a big fan of the arpeggiated minor-chords that Mayhem had a lot of on De Mysteriis…, and that Watain have always done. When i wrote OSK I was listening to ‘Casus Luciferi’ a lot (which, due to the time-period that i got into Watain, is THE Watain album if you ask me), and was possessed to incorporate the menace of that record into that song. In an acceptable way, of course (which is why it soounds nothing like Watain). I realise you asked about tracking it, but the writing of it resonates more vividly in my memory!

As far a choosing it as a single (or ‘first released song’), it seemed like a logical introduction due to its length, and what i think is one of our better choruses. 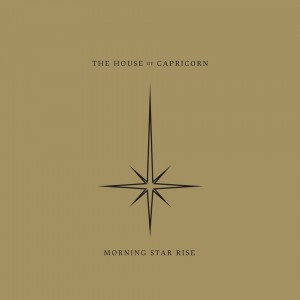 New Zealand is associated with beauty and wide panning camera shots of vast landscapes. Why are you guys so ingeniously macabre?

Hahaha. Mordor was shot here too, remember. There is definitely a prominent darkness in the New Zealand psyche. A cold, sarcastic, pessimistictrait and outlook that is crucial to our national identity. Sure, it sits below the surface, but it is definitely ever-present. I guess that we, along with our peers, aren’t ashamed to embrace it. Theworld looks black when you’re at the bottom of it.

Can you talk about the guitar solos or even the influences on this record? The songs all have this dark and punk blues undercurrent that is so street and dire paired with the macabre vocal musings.But something like &quot;In Light of Lucifer&quot; has such a metal drum intro. This should reallybe on like every year end list.

Certainly! Influence wise, Babylon Whores and Type O Negative are the most overt ones. I’ve been a vehement fan of both bands for a long time — so much of this is due to their brilliance in delivery across all crucial elements (composition, lyrics, thematics), and for conjuring such a thick and charismatic atmosphere.Black Metal (note: GOOD Black Metal) has always been a huge influence on HoC’s themes (and some of the music, like I mentioned above with Watain). Mortuus are one of the greatest bands of all time in my opinion — THAT is flawless Black Metal. Everything about that band is horrifying and magnetic, and I’ve been tremendously influenced by them. Fuck, that new album is so good.

Mayhem, Craft, and Shining (II through IV) also play a big part in my writing considerations, both thematically and musically. And of course, The Sisters of Mercy. Those are the crucial ones, but there is of course a slew of other stuff thats integral but slightly less prevalent in our work… like Abysmal Grief and King Diamond. As for guitar solos, usually I’m not a fan (for us, anyway), but for those couple of songs they seemed appropriate.

Do you feel any kinship with the death rock revival that has sort of been focused mainly on Beastmilk or perhaps Atriarch somewhat? I love that you have rock n roll in the sound but not in the &quot;death and roll” way so many Entombed clones have adopted (though I do like that sound).

I really like Beastmilk. That album came out just after we’d finished recording MSR, and I remember having some drinks with Alex ‘Bad News’ Brown , a friend down here who plays in Witchrist, and does brilliant artwork for a lot of bands…and talking about how fucking excellent it was. It was great to be genuinely excited about such an excellent new release. But as far as kinship goes, I’ve never met the Beastmilk guys, so i couldn’t and wouldn’t ever  try and claim such a thing. I mean, there is the Svart Records link (which is a natural – and good – one)… and while we definitely draw on Death Rock (or at least on bands who have been influenced by Death Rock), we’re not a pure Death Rock band. And it would definitely be in poor taste to claim otherwise (and would probably result in a bunch of people with white streaks in their otherwise black hair cursing us from behind their aviators).As for Atriarch, ive never heard them either! But again, will definitely check them out!

PS. We all really love Entombed too. I was not a fan of Serpent Saints, but i think this new ‘Entombed A.D.’ album is awesome.

I think someone in my family charted that I’m related to John Milton! How metal is that? Paradise Lost, baby! Do you guys have any weird relatives in your family trees who were interesting characters or rebels?

Haha, Milton! Good form! For us, not to my knowledge unfortunately. But no doubt there were some troublemakers somewhere down the line.

As a band do you pay attention to popular culture and trends or sort of exist in your own bubble?In terms of what influences us (I’m guessing this is along the lines of the question?), I’m sure there will be a little here and there that we will take onboard as individuals; stuff which is part ofany given cultural/popular wave of trend in music or literature that we happen to like or connect with (it would be a flat out lie to try and argue any differently)… but as far as actively paying attention or engaging with trends on a cyclic basis, i wouldn’t say so (beyond what we’re exposed to daily by way of direct-current-media).

So “comedian” Ben Stein (who is pretty much an ass hat) has said Obama is the most racist president in United states history. Do we just look like idiots to other countries? Be honest, haha.

I’ve been to the States almost biannually for the last few years (I’ve visited East, West, Mid-West,and South), and I always love it. The people are friendly, the food is great (and generous), and everything is so much cheaper than it is here (even in New York). As far as I’m concerned, if an idiot happens to get hold of a microphone they’re only representing themselves (and maybe their tight collective)… Comedian or otherwise. Thanks Morgan! Thoroughly enjoyed this interview, and especially its reference points! 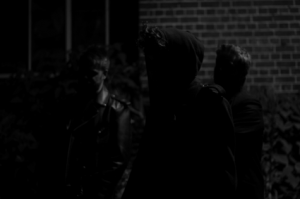 More News On The House Of Capricorn:

More On: Gothic Metal, Exclusive, The House Of Capricorn, Svart Records
share on: