Interview: The Royal – Love Your Life 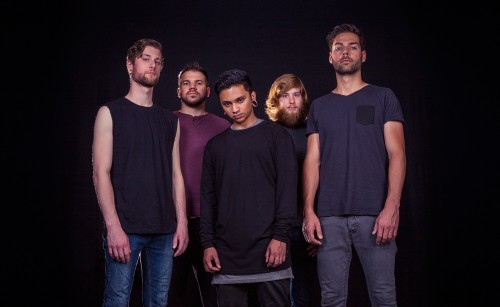 The Royal are a Netherlands based band of metalcore boys who’ll hit you nearly as hard as a backdoor parole from a night stick. I tend to like their faster and more sorta noodly AILD-ish side a bit better than the slower parts, but I dig their overall energy and aesthetic. Bet they bring it live. They know what they want and are going for it.

Yep, it’s a Dutch band playing an at times American sounding version of metalcore, with Native American dreamcatcher album references and happy little weird Euro excursions that keep everything fresh. The Royal are hard wired for fun and a fusion of styles that reflects the world collage we live in in 2014.

Dreamcatchers are powerful and for major dream energy. I had a lovely one a friend made me over my bed for years that she put a little blood for blood pin inside of. Haha. Is this a metaphor for the music industry to you? Catching your dream amidst the nightmares out there and following the sound of what you want The Royal to be?

Tom (drums) It is a way of looking at it for sure but Dreamcatchers isn’t about that at all. We write songs that hold life lessons and advises about experiences we had in our lives. Dreamcatchers itself is about dreaming and what it means, the metaphors used in dreamcatchers are actual dream metaphors and the song describes the basic structure of a dream and how you can learn from it. so to understand that you will have to read the lyrics a couple of times and maybe do a websearch for the metaphors used. 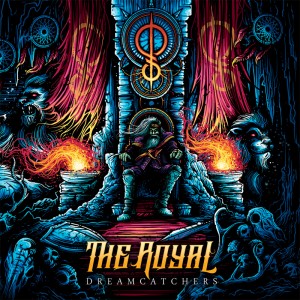 How long did it take to come up with the guitar ideas for this album?

We started writing this album half a year ago, we had some ideas already but we kinda wrote the parts on the spot for this album. so it took us 5 months for the whole album and we always improvise pieces in the studio, all the solos, some leads and some riffs were created during the recording process.

Why is Netherlands metalcore special?

Haha, i don’t think music is country related, i think it is about the musicians view on a genre and his creativity. We are just trying to write a heavier and faster kind of metalcore than you see these days with the melodic twist and a symphonic touch, that’s just what we think is cool

Do you enjoy having a strong connection with fans who like to talk about your music, or does it not matter?

Obviously we love that, we try to interact with as much of our fans as we can, not for our own ego but because people genuinely love what we do and hold value to our lyrics. some people call it the best metalcore album of the year and we want our fans to know that we love them and everything they did for us.

What is your favorite style of dancing when crews of people actually work together and don’t fight?

We just love the regular mosh, seeing people lose their minds is awesome

Do you have a favorite part of your city to walk around or perform or go think somewhere?

No we don’t we never played in our hometown. theres no scene here, maybe that is the case we can do our own thing without having the feeling we are competing with some band

What can fans expect who haven’t seen you live in awhile?

An energetic, wild, interactive and dynamic metalcore show, how it is supposed to be. We are so stoked to play the new set. its way more dynamic than the old set. so prepare for circle pits, wall of deaths, two stepping, you name it, we provide the dance music!

We are planning a tour with another awesome upcoming band that should be heard and we are just looking to get a lot of shows and tours next year, hopefully a packed festival season. Not a new record yet anyway haha

More News On The Royal: