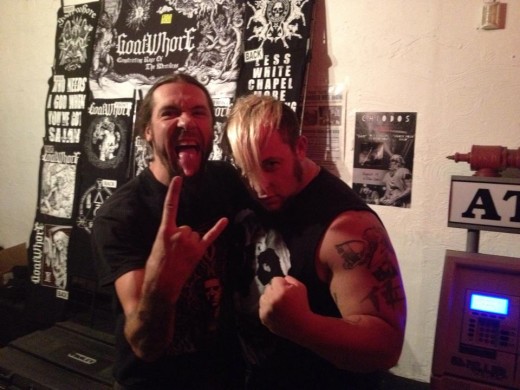 “My match with Booker T as the Enforcer for the champ in Spring Valley, NY… Booker punched me in the ear with his rings on. It rang for like 3 hours” – Jym Parrella

Not many punk bands can open a Goatwhore show, but Altercation Records rockers Two Fisted Law recently did just that. The group possess the rare blend of insanity, working class truths and melodic power to capture the attention of most crowds, even grizzled black metaller followers of the ‘Whore. Listen to the Law! The Two Fisted Law!

Did I mention Jym Parrella is also a wrestler? This gets interesting real quick.

Click HERE for George Carlin, Lifetime from NJ, Upstart Fest and much more. 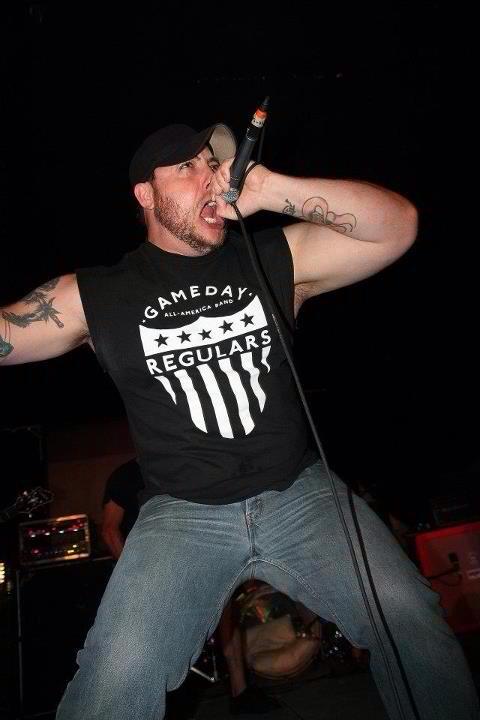 What was the first live show you saw or 45″ you owned that made you love punk? I love your Misfits cover. Also, you do you feel about law in this country, seeing as it is a word in the band’s name?

My first punk show was seeing lifetime in New Brunswick NJ. That was the band that changed my life forever. So much so my son is named Ari after the song from lifetime. I have to thank my friend Timmy Friday for introducing me to the Misfits. I loved how raw their sound was in the early years. As for the laws in this country that’s a tough question to answer without hitting hot buttons on certain topics. I definitely feel that our country is growing soft and people are way to sensitive.

Everytime I tell people your band credo, they love it and flip out. Can you reiterate it here?

The one we live by is the scene that doesn’t support itself doesn’t deserve support at all. The beautiful thing about the punk scene is that it’s a bunch of people uniting under one flag. Punk rock music and making a better scene. Every band on any show will push the next band to play harder an put on a better show than the band before. It’s an amazing thing to see. We are giant island of misfit toys. 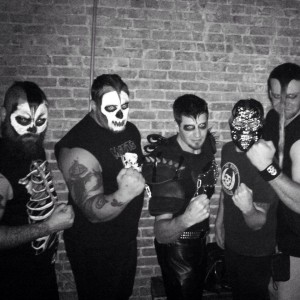 We get pumped for Upstart Fest every year whether we are playing or not. So many great bands under one roof. I hate to bad mouth warped tour but Upstart is what warped tour used to be am should be again.

I love the energy and grit of the band on “Late Nights…” How does this project represent real life to you and how do you see it growing?

At the time that we wrote Late Nights and Bar Fights we had just started talking to Travis from altercation (cheap pop) every song on that record directly relates to how we were feeling at that time. “Bring the fight” is about growing up punk in Danbury and getting the youth ready to carry the punk rock banner.” May the best drunk drive” is about every ones typical night out and the fun never ending. We don’t actually promote drunk driving. “The courageous” is about my friend Denae Demattei passing away after fighting for weeks with a traumatic brain injury. “Anchors Aweigh” is about the battle with my ex over my son and how spite is not so attractive. The album has a little something for everyone. Recently we have had some line up changes but we are lucky in the fact that we found guys who enjoy and believe in the music like we do. 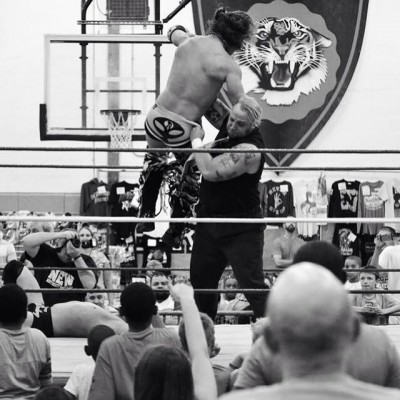 What is the funnest and craziest part about also being a wrestler? Can you tell people your schtick? How has it been working with Booker T?

Flipping the switch to be angry guy and intimidating people is the most fun about it. Plus popping a crowd is amazing. I am The Enforcer Big Jym Anderson. I quiet and violent. Which is completely opposite of who I really am. As for working with Booker T, it’s been a real blessing. I learn so much from him just in casual conversation. He is an amazing teacher and an amazing person. His soul goal is to prep the next generation. You can’t ask for anything better than that.

Who is a comedic genius that you hero worship?

Hands down George Carlin. The man was hilarious and could light up a crowd with a simple look. He got a little political toward the end of his career but still managed to maintain the hilarious outlook.

I saw the band opened for Goatwhore recently! How was that? I love Goatwhore cuz they will play with The Casualties. Anybody. That’s what punk is about, like the Madball tour with Municipal Waste that’s happening, not back when metalheads and thrash kids had to fight punks. That shit is so played out.

The guys in Goatwhore were awesome. A real class act. They legitimately liked us though we were way out of the genre. It’s tough to find metal bands that are willing to bridge the gap. I got to give it up to them.

What is the funnest part about singing for you as a performer? I love the melodies you carry in your voice. Very working class, the same kind of emotional honesty I love about bands like Street Dogs, The Wonder Years or Off With Their Heads.

I play in a band with guys I can legitimately call family. We aren’t a “ok I will see you at the next practice” band. We spend a lot of time together. The best part of singing or performing is being on a stage with them. We don’t care if there is 5 or 500 we put on the same show. They push me and I push them and we collectively hope our fans and new crowds see that. Thanks for the compliment. I feel my influences show in our music.

What is on deck for the band and what are you excited about?

Currently the band just finished an ep which will be put out on battle stag records courtesy of altercation. We are also working on our third record, second with altercation. I am really amped on it so far. I am hoping people will feel the same way when it’s released. 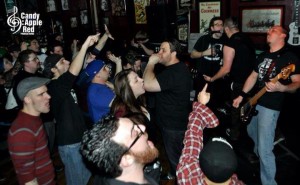