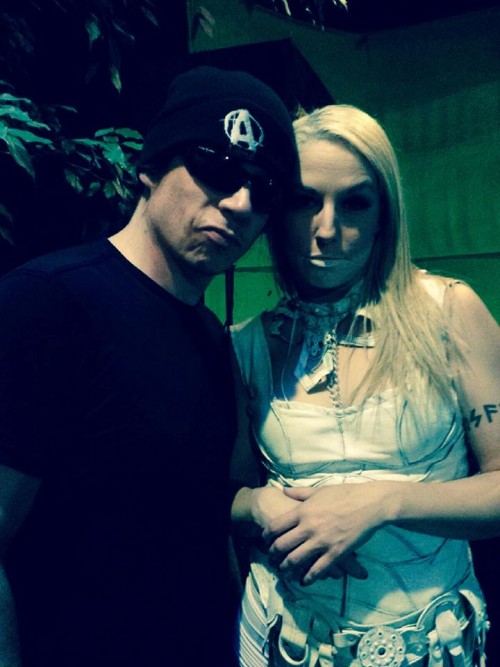 Ex-Cradle Of Filth guitarist Paul Allender has returned to focus full time on White Empress, a symphonic band featuring ex- Coal Chamber and Luna Mortis members (to name drop just two more past bands of members). This, however, is a new beginning. Already creating a storm of fan excitement, the visually striking and musically arresting fury of the group is spreading like a blizzard to blanket the Earth.

We checked in with Paul to find out how he writes those kick ass riffs that made Cradle fans go crazy for so many years, the band’s Pledge music campaign and what goes on in the new frontiers charted by White Empress. Click HERE to read more! 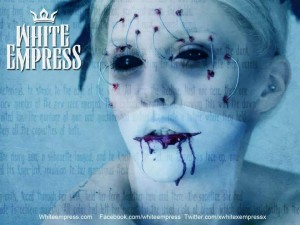 “Darkness Encroaching” shows from the start that you mean business. What fuels the confidence of the band?

White Empress is a passion for me. It’s who I am as a musician. I have so many ideas I’ve always wanted to do but never really had the opportunity to experiment. I was getting bored with everything musically around me so I decided to mix it up a bit and go back to my roots.

How have the reactions been to the band so far? My friend in Estonia, she said “Wow, lady vocals are sooo good. Has she taken opera classes?” Haha. Such a strong voice.

It’s been amazing, much better than what I was expecting. Mary is an awesome vocalist, exactly what is needed for White Empress. I wanted to get a vocalist who could do a full range of styles and was willing to work with me on ideas and because of this we have touched on something that really isn’t done in bands. I have treated her vocals as another instrument, singing on different passages in particular styles to enhance the mood of the sections within the arrangements. 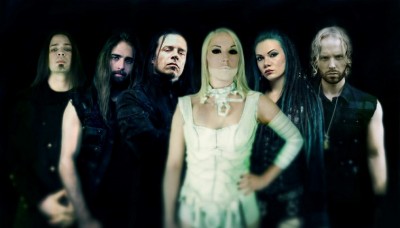 Can you tell us how you got the idea for the Pledge music campaign and some of the paintings up for grabs?

It actually came from our manager, She suggested something like Pledge and then we started to come up with incentives .for fans to get. There’s some pretty cool stuff there like getting your name in the credits on album but that one has already gone, lol. There’s guitars and basses to pledge for as well as lessons from us to we play a private party or venue of your choice. I’ve never done this before and it’s, like I said, pretty damn cool.

We have a few amazing paintings available as Pledge incentives. They are by two different artists, Sara DiClemente and Jill Colbert. Both are artists who found themselves inspired by the band and the visuals and decided to create some incredible professional paintings to donate to the pledge campaign. Some are original works of art, and some are renderings of the original digital art for White Empress created by a third artist, Miss Lakune. If you want to take a look at these paintings please visit our pledge music page. Additionally, we’ve been posting stop-motion videos from both artists on our Facebook page which show the paintings being created and those are very cool as well. “

Do you feel you captured the energy you wanted to on Rise Of The Empress? What do you hope people get from it? How did you know this was what you wanted to do after the Luna Mortis and Cradle Of Filth tenures of band members?

Yes I do, its raw as hell and its so damn heavy. The groove it has is very dark and it has all the best parts / influences of the bands I was into throughout my life. I just want people to listen to it and get into it, nothing more. If your into metal then this is for you 😉 Ive always been into this kind of music, music that has a heavy underlying groove. White Empress is from my heart and I know Mary feels the same so it was obvious this was going to happen. I’m a workaholic and music is my life  and when I write nothing is kept that doesn’t stand the hairs up on my neck or send shivers up my spine… so with feelings like this with every track it was obvious this is going to be our main band.

How was Peaceville Records the right home for this debut? The label has a long history of cool releases.

They just loved it and wanted to release the album. They showed real enthusiasm for White Empress and because of that we knew they are the right label, plus I know a few of them anyhow and have worked with them for quite some time. 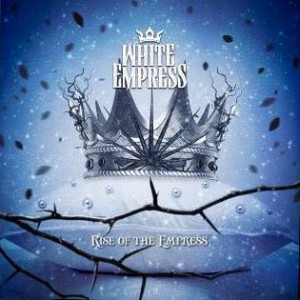 This is inspiring to hear because there is a lot of effort in the performances and it is truly metal stuff. There is a rebel attitude in the guitar that almost feels like thrash at some times.

Honestly I love the whole punk / thrash feel the tracks have and they groove along like a  bloody freight train. I was an 80s thrash kid so thats where that influence came from. I wanted to go for an almost dirty underground feel for this album, a sound that says “fuck you, I don’t care what you think”, the guitars and the tracks as whole have serious attitude which is perfect for the White Empress sound.

How does it feel to have found the right members for making a strong debut for the band? Will is particularly impressive in that you don’t often see a keyboardist who feels like such an essential component.

It’s a great feeling but It took me 3 years to find the right people that have the same vision and driving force as I do. I needed to find members who were willing to start something from scratch and have 1000% commitment and be at the top of their game.

The keys were done like this on purpose because when starting the band I pictured something different, something that would mix things up a bit and Will is perfect for this.

What is the story of the White Empress going to reveal about her intentions for humanity?

The White Empress wants humanity to broaden their collective horizons. She hopes to open their minds to new possibilities beyond their perceived limitations.