Anyone who has followed metal, hard rock and the alternative underground for years will tell you it is a musical realm that attracts some unique individuals. Whether a classic band like Type O Negative, St. Vitus or Helmet, a newer act like Crystal Viper or something as far out as Shining (or just loosely connected to metal and hard rock like Black Bananas), there are always artists who will never say die. It is about being steadfast to your vision and reppin’ your unique voice.

If you are new to the music of classic metal act Wolfsbane and stumbled across their recent song “Blue Sky” from comeback album “Wolfsbane Save The World” you might wonder more about the man singing with such assured melodic conviction over the powerful and uplifting heavy metal/punky/bluesy riffs. At this point, while they would appreciate your interest in Wolfsbane, most true metal heads would slap you and say, “That’s Blaze Bayley, ya moron!”

As the voice of Iron Maiden, Wolfsbane and his own solo Blaze-related material, Bayley has always been uncompromising and dedicated to the cause of hard music. His deep and unmistakable voice is just as strong as ever.

Click HERE for an interview with Blaze about his career and future plans! 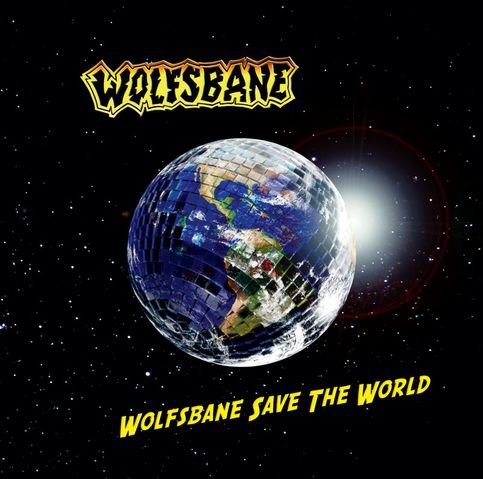 You’ve recently hit the US for the first time since your days with Iron Maiden. How did it feel to finally return as a solo artist? Was the tour everything you expected it to be?

Blaze Bayley: Yes, the reaction from the fans was absolutely incredible and so many people that knew everything from my Wolfsbane, Iron Maiden and solo albums. The generosity and hospitality of a lot of the venues was absolutely incredible. I loved it and I had a great bunch of lads to play as my band and I enjoyed it so much that they are booking another tour for me to come back in September this year with “The King of Metal” album.

The pre-sale for your last album “Promise and Terror” quickly became the biggest in your post-IRON MAIDEN career. It reached number 3 on the UK’s charts before it was even released! How does it feel to be releasing your music on your own label with such success as opposed to releasing it on a big label?

BB: It is a lot of work for everybody that is involved in it, but there is no compromise for the music or artwork. What I want to do musically goes directly to the fans without any compromise, which is the most important thing. It is nice that in the modern world, being completely independent doesn’t mean you are not as good as a big label. Before people thought you couldn’t get a deal if you did it on your own label but now people see it is because I want to do it that way

My copy of “Promise and Terror” stayed in my stereo for a couple of months after I got it. I listened to it several times a day. You could almost say it was the “soundtrack of my life” for a while, especially the song “Time to Dare”. Are there any albums that have had this type of impact on you, either another artist’s or your own?

BB: Yes there are some: “Holy Diver” from Ronnie James Dio, when that came out. AC/DC’s “Highway to Hell” and Van Halen “1984”. Those are albums that I have played to death.

“Promise and Terror” has an acoustic song “Surrounded by Sadness”, the first acoustic song you’ve done in a few years, that starts a string of 4 songs to be thematically connected. Dealing with loss, pain, grief and acceptance. Is that something you originally set out to do, or was that something tat just came together?

BB: It just came together. I just thought I’d write the songs that I can and then I started one of the lyric ideas that I had with the music and it all fell to place. And suddenly the four songs came together, which I am very proud of. 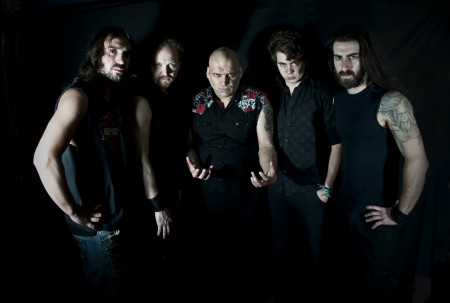 The Z7 DVD was released with a song called “Endless Sleep”, which wasn’t released on CD. It was an incredibly beautiful song. Are there any plans to put this song on an album or even sung live?

BB: No, I said at the time that it was exclusively for that DVD and a memento to mark a point in time. Only the fans who have bought that limited edition DVD have that song and I won’t put it out anywhere else. That is the problem with the big business side of the music, people say limited edition but change their minds afterwards but I don’t want to fall into that trap.

I recently read you were involved in a soul spell metal opera album. You aren’t really known for singing this type of music. How did this come about? What can you tell us about this album?

BB: It was a really interesting project, I really enjoyed it and it is great that people get in touch with me to do different things. I really enjoy working with different bands, musicians on different projects.

Speaking of singing with other artists, I’ve seen some footage of you singing “Fear of the Dark” with the great Doro Pesch. It was interesting to hear because it wasn’t a song you had originally sung with Maiden, but always did well on. Why was that song picked for the duet? How was it to work with Doro?

BB: It is a song that Doro picked and she really liked my version of it with Iron Maiden. She asked me to be a special guest on her “Classic Diamonds” tour. She is a lovely lady, very gracious and a great talent. We have done a few gigs together. She is great to work with, very professional. It is one of my favorite Maiden songs so it is a privilege to sing it. I wish it were on “X-factor” or “Virtual XI”.

Sticking with the Iron Maiden topic, your band regularly plays a personal favorite of mine from that time, “Virus”. Maiden hardly ever played it, and it’s become a regular in your set. Could you explain why you chose that song in particular to bring back, and how does the crowd response to it differ now from back in the Maiden days?

BB: I don’t remember ever singing “Virus” live with Iron Maiden. So that’s why I decided to do it, it is one that I really liked. I worked closely with Steve
Harris for lyrics and melody and I wanted to do it live. When I had the opportunity, I went back to the song and did my own arrangement on it. The reactions are absolutely incredible.

I’ve seen some documentaries, including the Z7 DVD, showing you guys having a lot of fun on the road. Do you have any funny stories from the road you’d like to share?

BB: We played at a place called the Happy Cow, the home of belt sander racing. And it was a gig that we did on the day off, because we had nothing to do and my friend Rick Plester knew the owners of the club and arranged the gig. When we got there, the guy gave me a bucket with the word tips on the front. It is the first gig that I have played for tips instead of a fee and it went absolutely great. It will be a gig that I will repeat again on the next tour hopefully.

A lot of bands have recently been reuniting with past members and doing “classic” tour sets. Megadeth has reunited with bassist David Ellefson and did a “Rust in Peace” tour. Iron Maiden has done a “Somewhere Back In Time” tour. Would you rejoin Maiden if they wanted to do another X-Factour? The Wolfsbane reunion appears to be doing quite well.

BB: Yes, as long as I don’t have to give up what I am doing now. It sounds like it would be a lot of fun.

Most of the “rock stars” out there are “unreachable” for fans, even in this era of social networking sites, which makes it so much easier to keep bands and fans in contact with each other. Very few actually talk to their fans. People like Ronny Munroe, Tony Martin and yourself, actually take time to talk to fans, and it shows you really are thankful for the support you receive. Do you find yourself meeting up more with older fans who’ve followed you over the years or newer fans who are just discovering you for themselves?

BB: The main place that I meet fans is at shows, and I try to make myself available for signing and photos before and after every show that I do. I try to keep up with my Facebook, but when I am on tour there is not a lot of chance to do that. I then inform the management to put up what I want.

BB: The Wolfsbane one is called “Wolfsbane Save The World”, and it is the line-up from the original Wolfsbane album: “Live Fast, Die Fast”. The line up never changed before we broke up, so we got back together to do a few shows and we thought it would be nice to make another album. Musically we thought we had something worthwhile to say and we did it. What I am working on right now is “The King of Metal” album. And it is my solo album and the theme is fighting back and getting up again when you are down. I have recorded a lot of the parts in Italy and I am going to Steve Harris’ barnyard studio to mix parts of the album with Tony Newton. I think it is probably the best album I have ever done. I hope the fans like it. We’ll see what happens. Some of it is heavier than anything I have ever done and other songs are more melodic. Some of it sounds very modern and some of it sounds very old fashioned. And the album is dedicated to the fans because the fans are the king of metal. For too long the mainstream music business has treated the fans with contempt, getting as much money of them for the lowest value product. I don’t think that is right, so I have dedicated this album to my fans and the fans of heavy metal as they are the kings that make heavy metal possible. The title song is called “The King of Metal” and that is about that subject. The album is now available for preorder at www.blazebayley.net/webshop