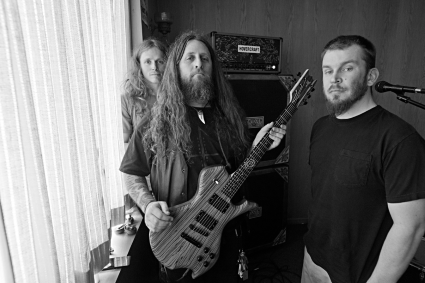 Especially when it is slower music, there has to be a feel there. You can’t
fake it. There’s just not enough notes in there to trick anybody otherwise. –
Mike Scheidt

Yob are heading out on a headliner with Black Cobra in tow as main support but with possibly the sickest batch of city to city support acts…ever?

It was a thrill to talk again with Mike Scheidt for the second time since writing for this site and recap their recent tour with Enslaved/Ecstatic Vision, why it is cooler when bands develop a unique sound and more.

Check out this chat with one of the best sonic artisans in Metal or music in general BELOW.

. How’s everything been? I saw you on the tour with Enslaved and Ecstatic
Vision. It was so awesome to finally see you live. Nice to know you’r hittin’
the road again for a headliner.

Mike – Yeah, things are good. Hittin’ a fevered pitch getting the last little
details together to be gone for a month, but we’re lookin’ forward to it.

.Was this just a nice end of year push or did you want to have dates to
coincide with leading up to Housecore Horror?

Kind of both. We initially were gonna do a headlining tour after our European
tour to support the album, but then we were offered that excellent tour with
Enslaved and Ecstatic Vision. We couldn’t say no to that. This tour is the one
we’d been planning to do, go out on our own headliner and be able to stretch
out a little. Then with Housecore happening as well it made sense to try and
tie all that together and worked out well.

.You played pretty decent length sets out with Enslaved but it’ll be nice for
fans to have even longer sets. It’s like SunnO))) where longer they or you
guys play, for example you can kind of immerse yourself in the ritual, y’know?

Well, we never want to overstay our welcome. You’re right, Enslaved gave us a
50 minute set every night which was really generous and often it was their
idea to let us play a little bit longer! It was a really cool situation. One
of the best support situations we’d ever been involved in and such great guys.
If we are left to our own devices we play usually for an hour or a half,
roughly. So it allows us to play (laughing) two more songs. It becomes a four
or five or six song set depending on what songs we choose. It is awesome to
cut it off early too and have their be some expectatios fulfilled but also
desire for more. That never hurts. But it’s fun to also have some freedom
every night, go with the crowd and see what people want.

. I also noticed not only do you have Black Cobra as main support. But there’s
other killer bands. Jex Thoth. But you also have some bands playing with you n
their home towns like Kings Destroy in Brooklyn or USX wth the great Nate Hall
in North Carolina. He’s one of the most underrated guitar players on the face
of the planet. Was that purposeful to try and get some bigger but regional
acts in their home digs?

It was definitely a goal. We’ve been around long enough that we have good
friends in many of the towns we’re playing. It’s great to have the opportunity
to play with USX who doesn’t get on the West Coast or Iron Man in Baltimore.
Embers down in the Bay Area. Corrosion of Conformity, BRant Bjork, Acid King.
It feels pretty charmed. And there’s instances on the tour where we’ll get to
play with new bands we haven’t seen or heard. It’s good to have that balance
between playing with good friends we’ve known a long time and having the
opportunity to check out new things. Also, we played with them once at
Roadburn but getting to play with Dopethrone in Montreal is gonna be a blast
too. It’s gonna be fun.

. Yeah, my friend Julie Swan screamed on one of their songs a few years back. I was
always more into Eyehategod and have only started getting into them mor
recently, but what a killer band! Dopethrone rules. Shit, Crypt Sermon is on a
date also! I didn’t notice that til just now! It’s great to have the sort of
sustainable scene of bands that know each other but you also are doing your
craft or tradin’ off the new licks!

We’re all cut from the same cloth, so it’s good when you can share that
together. But it’s also a credit to the scene in that all those bands are very
unique and interesting, their own universe unto themselves. We definitely
sharpen our pencils anytime we go to play with any of those acts. They have
their take and style and you take it in and get your face melted off but you
learn, too.

. That new Tribulation record! I can’t think of anything that sounds like
that! Or you have them on a gig with you and Deafheaven. What an interesting
bill! Maybe it was like that in the 80’s when you’d have Black Flag make My
War and say “fuck it” and do their own thing because they didn’t care about
fitting into the token punk sound. Is some of it now maybe from people saying
“this is my life” or maybe making less money with record sales so you might as
well do your own Ecstatic Vision thing or whoever you are?

I think it’s all fair play. A lot of bands are shooting for a genre sound and
are just pumped and into it. You’ll get bands that sound familiar and that’s
ok. But you are right…in the 80’s if you sounded like Motorhead or Black
Flag that was strike one. “Dude, you sound like Black Flag.” That was not
positive to say that. Why can’t you have your own band? People defended that.
So you look at Rudimentary Peni or Discharge or D.R.I. or CroMags…every band
was so different but still in the same scene. Recognizably punk or crossover,
but you had to have your own take to be taken seriously.

. I’m glad we’re talking about this. I was gonna write a regionalsm piece for
another publication but didn’t. There are some genres like watered down radio
rock or mall “emo” that the artists try and sound the same. A lot of things
homogenized. But look at your tour itinerary…It’s amazing. They used to talk
about R.E.M. coming out of Athens or bands developing their own sound in their
own cauldron somewhere. You were a band or Lord Dying I was thinking of for
that North West vibe but…not falling into a mold everytime but still
representative of where you’re from. At the end I didn’t write the article
because I couldn’t just pick ten bands from around the country! I think that’s
a good sign for things right now, maybe.

Well that’s the thing, you hear a band and someone says “This band is from
Norway” or Sweden or German. You kind of get it. Even in 2015 if they are
worth their salt it does feed ito the flavor of it. Greek or South American
bands. They do have a particular cool flavor, and it’s often not a surprise
when I find out. “Oh yeah. Totally.” East coast versus West Coast hardcore.
They have a lot of the same records in their collections but it’s different
trips.

. Do you feel like there was a particular moment in your career or life as a
(laughing) human or artist where you first tapped into something that was
really your own?

I think in the early days of Yob it was mid-90s and I was adamant about it
being what at the time was not an overused term…stoner doom or doom. As a
genre tag that was still not cool and an underground idea. A small group of
people that were into it and I was adamant about being true to that. We were
really strict Sleep, Electric Wizard and Pentagram worship. But it wasn’t long
after that that we were incorporating more death metal and punk feels into it.
What gets interesting is each particular band gets their own take on things
when the limitations are taken off. You pour into it what influences you the
most but through your own feel. I knew I wanted it to be heavy (laughing).
Doom influenced but no reason why Immolation tri tones or Willhaven drone
notes couldn’t be in there. Also I love the earliest Smashing Pumpkins or King
Crimson, longer more involved song structure. Once I decided it could be a lot
of other things that was instant freedom, as well as vocally. But it was still
very pure and no goal in it other than to write what felt good. There was no
hope in it. Even the biggest bands in the scene weren’t doing well financially
and were throwing what they had into the music and all kind of playing for
each other and the handful who would show up to shows.

. That should still be the core of it anyway. It’s great to sell merch and you
hope every artist who is good can keep a career going. But you gotta have the
heart also, if you can survive.

Especially when it is slower music, there has to be a feel there. You can’t
fake it. There’s just not enough notes in there to trick anybody otherwise.
There has to be passion. Not to say there is less in faster music. In this day
and age at this time, 2015…there’s a pretty sophisticated listening crowd.
People experienced with sounds and approaches and know death, doom and black
metal’s offshoots. It’s easier than ever to paint by the numbers because it’s
been laid out. You can hear anything you want at any time ever, but it still
comes down to really meaning it. You want to be in the hands of a band that
are really firing on all cylinders and have their darkened, black hearts there
all the way.