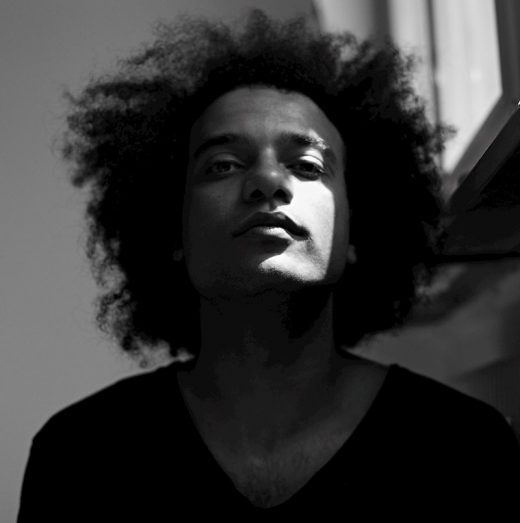 It doesn’t take long into a play-through of the heated and mind bending single“Waste” from NYC buzz band Zeal & Ardor to realize that Manuel Gagneux did not come to play on his creation’s new forthcoming release Stranger Fruit (out in June).

Zeal &Ardor’s Devil Is Fine debut caused a lot of tongues to wag with a mix of gospel, soul and extreme metal elements . The formerly one man band has given way to the project becoming a fully-fledged, internationally-touring group. For Stranger Fruit, Gagneux entered the studio with producer Zebo Adam and mixer Kurt Ballou (Converge, Kvelertak, Nails). The title is timely, reminding that there is still plenty of work to be done but that bridges can still be built.

Read a discussion with Manuel Below.

I really like the new song “Servants”. The heavier part where you sing the song title refrain just launches the song over the top and the key change near the end is brilliant. The layering on the new record paired with the simplicity of some of the percussive stuff is phenomenal. How are you feeling about it?
Manuel of Z&A: I feel really happy about it. We had the chance to track real drums this time and we took full advantage of it. It’s not too complicated, but what we did end up with we wanted to hit hard.
Do you feel like you set out to expel people’s expectations and limitations when you write now or do you just try to at this point go where the muse takes you and make a compelling whole? Like, at this point do you feel confined by the initial theme? I would think not so much since black metal alone CAN ideally be very experimental at times and has a lot of room under the tent for the more open minded practitioners. Did you hear the newest Forgotten Tomb? Listen to the song “Abandon Everything”. It almost sounds like they threw in some post punk. I think that is exciting!
I didn’t set out to expel expectations at all. I just made music that I liked. The themes aren’t too confining, since I get to throw in anything I feel like adding. Same goes for that Forgotten Tomb record (brilliant btw). They add elements that elevate the songs as a whole. I really like that.
“Gravedigger’s Chant” is a pretty heavy video conceptually. What were your goals with the imagery in it, or do you not want to spell it out that much?
There’s a lot to read into in the videos we do and I like to keep it that way. To me it has a very specific meaning, but to someone else it might be something completely different. My view is not more valid than anyone else’s. It’s actually quite a liberating thought.
Why do you think some people are so upset about various strains of metal being combined with black spiritual music when black metal itself has so many sub categories at this point? It really just boils down to racism, I think. Your music certainly works better than when Puff Daddy rapped over Led Zep for the bad Godzilla, lol. It is awesome music! The title of “Built On Ashes” of course could mean a lot of things but it also made me think of how rigidity to form can sometimes stifle. Not in a “forget your past/no identity politics allowed” way or All Lives Matter bs or something, but…like everything aping second wave black metal forever becomes kind of pathetic, like someone having no social skills or game to go talk to anyone different than them.
I find it pretty silly also. Black metal used to be the most uncompromising form of metal free of rules. Now it seems there’s a strict handbook for every subgenre. It kind of kills the intention of it all for me. That said, I’m slight biased when it comes to bastardizing black metal haha. 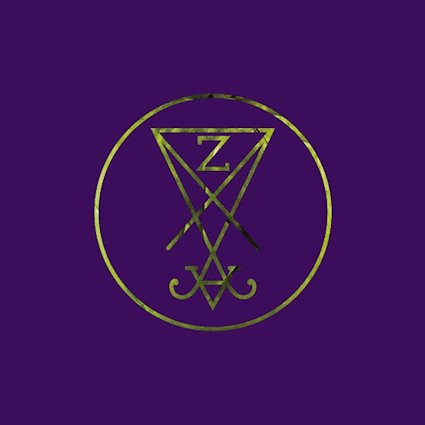 Long rant that I hope I word well. You can’t really say at this point that the genre of black metal is only from one country like Norway. Plus, if it was “meant” as music only for whites that is pathetic. Anyone can hear and be moved by music. If anything a band that is proud of their ethnic make up or national heritage should be more focused on showing their authentic experience and cultural statement than saying this can never be in conversation with anything else in the future or heard by
anyone outside of our race. Not to mention, guess what…people move around the world and fuck and have babies and society’s change. You can’t ever stop that and wanting to is prejudiced. I mean, everyone was stoked in “Power” when Kanye pulled samples from King Crimson and the video scored one million plays on YouTube before Robert Fripp was even consulted and it like partly made him bitter and quit music, I think. I mean…in any genre you should prob trace anything to an origin point and give credit. This is certainly extra important in cases of cultural appropriation. I personally don’t think that no white person should be allowed to rap, for example…but at least be self-aware about it. Like, Post Malone or Limp Bizkit…you probably aren’t the g.o.a.t., y’know? Not that cross pollinated art can’t have social resonance. I dunno. I kind of think of all rock n roll as coming from the blues first anyway.
To be too cautious about cultural appropriation can be regressive and extremely stifling to the progression of music as a whole. Are Asian people not allowed to use the circle of fifths because it’s Western? That’s nonsense. It boils down to intent. If I set out to make make an Indonesian gamelan piece because I love the music that should be fine. The problem is when it’s derogatory in a sense that it’s mocking origin or inspiration. But again, I’m slightly biased here.
How was it working with Zebo Adam and Kurt Ballou? The sounds are really strong. I think Kurt’s mix is one of his best yet and it’s really full bodied. The depth to low frequencies and lower vocals paired with the more shimmering layers or soulful higher stuff is really cool and bring you into a complete world. Your last album made our top 5 albums of the year last year since we went by the Bandcamp release date (we got shit for that, haha), but this one might be even better! Also, is the 1:38 run time of “Coagula” a secret Misfits shout out? Lol. That song is amazing. It reminds me of Rotting Christ meets Rammstein or something.
It was an absolute treat to work with those guys. I tend to be fairly impatient when it comes to audio fidelity, so having two people who genuinely care and know their stuff was a great benefit to the record. “Coagula” wasn’t supposed to be a Misfits shout out, but now that you pointed it out I might have to insist it is. Haha.
I disliked on the show Salem how a lot of the “evil” stemmed from the depiction of the black historical figure Tituba, who in fact was probably a naturalist/healer. Christianity itself has so much darkness in the culture but non Christian black spiritual experience and “otherness” is still equated with dark arts. Like, the exorcist waves a cross still when a lot of people should be like ,”Shit! Here comes another crazy Christian?! Is this a good or a bad one?!” , hahaha.
I feel like I might not be helping in that regard. I can’t imagine someone new to this sort of thing listening to my music and going “aw, they’re not that bad”. Just yesterday someone uploaded a video on YouTube explaining my lyrics. It ended in that person setting the sheet of paper on fire due to fear. Oops.
Hahaha, that’s fucking amazing. “The Fool” starts out with one of my favorite passages of the album and breaks things up. Do you play everything yourself? It almost reminds me of Zombi or something. How did you decide the track order. It seems like you spend a lot of time on song flow.
I played everything except for the drums. I had Marco von Almen, our live drummer, come in and destroy the drums. The softer instrumental songs are placed to loosen up the flow of the album making it easier to listen to it in its entirety. Putting the tracks in order really was something I worried about a lot. Happy with how it turned out though.
Did you always know the album title? Did it sort of reveal itself to you as the songs were written? Is the “Stranger” sort of like saying Racism is not dead and “Strange Fruit” is still clearly meaningful? I am thinking of everything from the recent Starbucks situation to police violence and on and on.
I had the title early on. Stranger, being a comparative form, lent itself well to a 2nd album. And yes, there are issues that still need addressing. But in this case I was referring to the bodies not hanging, like in the original poem, but laying lifelessly on the ground with holes in the fruit’s flesh.
Thanks so much for your time. Cheers! love your work.
Thank you for your questions!