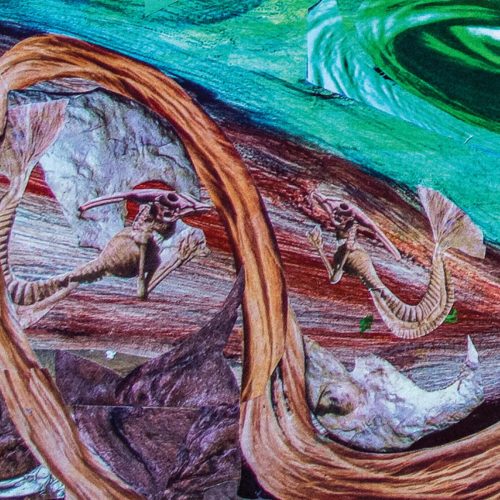 Intronaut has released a new digital single, “Run Through the Jungle” – a cover version of the Creedence Clearwater Revival classic! Guitarist/vocalist Sacha Dunable comments: “Sometime during the writing process for ‘Fluid Existental Inversions’, I had the idea to cover this song, from one of my favorite bands and songwriters of all time. The relatively simple harmonic structure of the original recording made for a great blank canvas for us to ‘Intronaut’ the song up quite a bit. We tracked most of the song during the ‘FEI’ session but didn’t have time to finish until this spring.”

Intronaut released their sixth full-length, Fluid Existential Inversions, this past February via Metal Blade Records. Featuring some of the most dramatic and epic sounds of their career, Fluid Existential Inversions is a unique album that stands apart from their catalogue. “We pushed ourselves to be bigger and better, musically speaking, and to me that’s the essence of progressive music,” states guitarist/vocalist Sacha Dunable. “On this album, there are drums played in ways I’ve never heard before. There are synths used in contexts I’ve never heard before. Intronaut has the most unique bass player in all of heavy metal as far as I’m concerned, and I even practiced guitar to get myself out of my comfort zone. So I think we progressed and made the best album ever.”