“I’ve got somethin’ to say”: Style over substance in rock, culture and the clickbait age 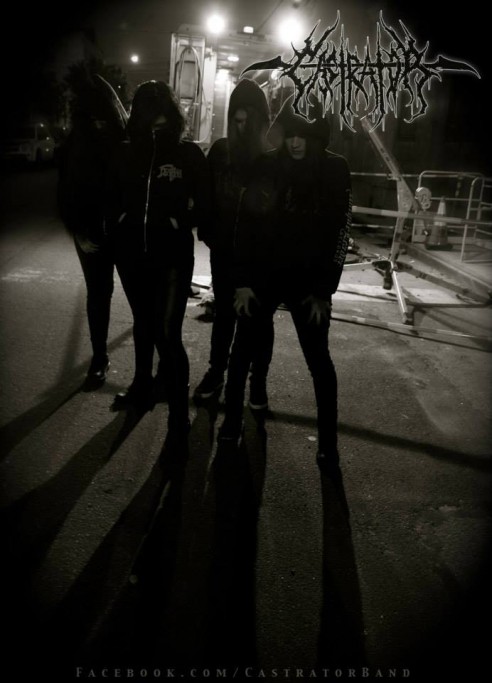 “This is the modern world. We don’t need no one to tell us what’s right or
wrong.” – The Jam.

The Jam’s 2nd album came out in 1977, but we still could relate to the
sentiments expressed in the title track to The Modern World today. It is very
interesting to me how the 80’s and early 90’s seemed the decades of the greatest “shock
value” or censorship battles and today we still have moralizing pundits and morons like
Donald Trump or fake christians who denounce people as trash or sinners yet
support racist platforms or heinously compassion free social positions.

At the same time that we live in an age of gamergate and twitter battles
against “the evils of SJWs”, we have morphed into a culture where Nothing’s
Shocking– not because of conjoined topless twins with their heads on fire or
whatever titillated in the early rock alternative days when Jane’s Addiction
popularized the phrase, but because any carnival barker like Trump gets
absorbed into the overall white noise (even when they lead the headlines).
Thus you can seemingly say anything as long as it bleeds and leads and yet the
deeper contextual meaning is lost, ramifications be damned. Like George Bush
literally lying out of his ass about the Iraq war constantly, for example.

So what I’m saying is, God bless John Oliver or Pussy Riot for injecting some content back into the mainstream. Or a band like death metal’s Jungle Rot who released the awesome Order Shall Prevail this year, which looks at issues like marshall law.

We live in a time of a glut of pop and even political desperation. Politicians
will say anything to get elected. Pop stars are rewarded for portraying edgy,
co-opted looks and styles but towing the corporate line.

We need Kendrick Lamar to write more songs like “Alright” from To Pimp A Butterfly rather than
having to crossover to Taylor Swift fans via his “Bad Blood” cameo, the most
irrelevant thing the usually pretty relevant rapper has done to date.

Tank Crimes records, in response to the horror of the Laquan McDonald situation the other night tweeted:

That was awesome to see. 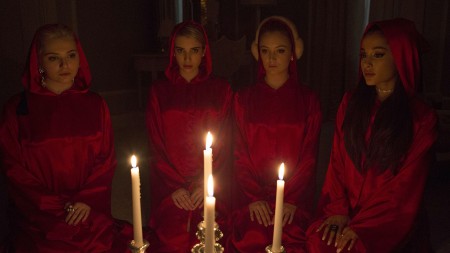 Or even a riotous show like Scream Queens that lampoons the shallow frat culture it depicts with glee, while dressing to kill.

Danzig once sang “I’ve got something to say, I killed your baby today” in punk
classic “Last Caress”. The lyrics are intentionally goading and tongue in
cheek, more about shock than actually meaning he will kill a baby or rape your
mother, as he says elsewhere. Nowadays the first line is almost more shocking
than the second, as having something to say in rock or metal or any music
genre is so often secondary to style over substance.

Punk rock was a reaction to the dinosaur bands of the 70’s who filled stadiums
and frankly, inspired most strains of metal. Grindcore and political crust
punk aside, metal is more akin to fun, leather pants and guitar solos. Unless
your heart was frozen At The Heart Of Winter or In The Nightside Eclipse via
black metal, most people associate metal with the giant bands like AC/DC,
Motley Crue and Guns N Roses, more hard rock than the metal we know today.

Bands who came from thrash like Metallica or who have stayed in the genre
fully like Testament have toyed with political songs and social statements
(“One”, “Disposable Heroes” or “The Day That Never Comes” come to mind for the
former and “Greenhouse Effect”, “Trail of Tears” or “Native Blood” for the
latter are some examples), but metal bands like Landmine Marathon, Cattle
Decapitation, Lamb of God or Cop Problem who will really make you think with
their lyrics are not as common as escapism bands like Mastodon or Amon Amarth.
Listen, I love that stuff as much as anyone but also think, in lieu of world
events, we can’t just have Dave Mustaine trying to write political songs.

It’s a battle out there for attention spans. We all know this. My friend Kelly
Walsh from Prosthetic Records PR department did an interview the other day
where she was decrying the rise of tweet culture for the fact that print is
dying and depth of content is shortening to 140 characters. That creates
precisely the type of vacuum where people’s eyes glaze over and we get used
to endlessly scrolling through banal feeds or looking for clickbait or
“shocking” headlines that will soon be psychologically replaced by the latest
“relevant” follow up.

But nowadays, it IS the modern world. And we can shape it.

You can CHOOSE from any style that’s come before. And you don’t have to be
beholden to limitations. Vastum, for example, play old school inspired death
metal with very sexual themes, but the songs are often from different
viewpoints than you might expect (though honestly most people wont understand
the guttural vocals anyway). Or Castrator flipped the script this year and
wrote death metal songs from a vengeful feminist perspective (if the band name
didn’t tell you that by itself).

This is refreshing (though is kind of inversely perhaps leaving room for gore
metal bands to argue that if the girls are gonna sing about killing men then
why can’t the dudes keep singing about chopping up women).

That said, rock on ladies. It’ll be a long ass time before those scales are balanced.

I recently did a new interview with Yob, my second, where Mike Scheidt talked
sense, saying ,” In this day and age at this time, 2015…there’s a pretty sophisticated
listening crowd.People experienced with sounds and approaches and know death,
doom and black metal’s offshoots. It’s easier than ever to paint by the numbers
because it’s been laid out. You can hear anything you want at any time ever,
but it still comes down to really meaning it.”

That’s what it really comes down to for me as well. Not every band needs a
political message, but if you don’t have heart and are just here to dress up
in style signifiers and try to squeeze in to an already glutted scene, you
aren’t doing anyone any favors. Real rock n roll is a full time job, an act of
faith between performer and crowd that creates a circuit of continuity and
energy exchange (as anyone who has been to an off the chain Madball show, for
example, can tell you).

If your heart is really in it, Danzig covering Elvis awesomely or even a band like
Cannibal Corpse can smash you out of your dreary day and open people’s minds,
though I know some super vegan, political metal kids who will not go near Cannibals’s Chris Barnes era believing it supports rape culture.

On the flip side you have people who are apologists for racist BM bands and who are
philosophically blocked at the crossroads with the devil, believing
“rebellion” trumps any moral code.

That’s the thing. It is the modern world and we don’t need moralizing right
wing types, but some things still ARE essential truths. Racism and radicalism
and violent extremism are prisons that shackle rebellion just as much as any
enforced religious dogma, which is why the black metal bands I like are more
often exploring the cosmic theme of darkness as a whole than perpetuating
revenge fantasies on Syrian refugees or the idea that we still need to burn
churches. It’s much more meaningful to be a FEMEN topless protester against
the Catholic Churches outdated views towards women then to murder people or burn a
church. 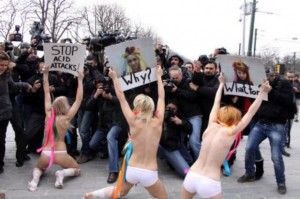 Even if pagans were displaced by Christians hundreds of years ago,
there are many ways we can proclaim love of our own traditions and cultures
these days without resorting to violence, the tool of weaklings like Varg or
the Bataclan killers of ISIL.

All I know is, on this Thanksgiving, I know we must not be silenced. Music, as
a whole, cannot become neutered by corporate interests and must retain the
spark of human interest over the interest of the bottom line. While there is
nothing wrong with earning a living from it if you are lucky enough, the most
important thing is we are brought together by it and share in the substantive
art of interconnection through the ringing chords or ripping downstrokes,
whatever style is your personal cup of tea.