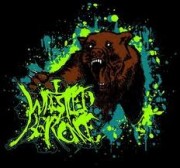 Louisiana “avant-gaurd” metal band iwrestledabearonce have released have released a new song. The song, “Letters to Stallone”, is off the bands new album Late for Nothing.

Official press release:
“Avant-garde metal band Iwrestledabearonce released a new video for their song “Letters To Stallone” today. The track is from the band’s new album, Late For Nothing, which is available for purchase at iTunes, Amazon.com, iwabostore.com and at local indie retailers.