Jeff Ulmer, founding guitarist/vocalist for Sacred Blade, has died of a stroke 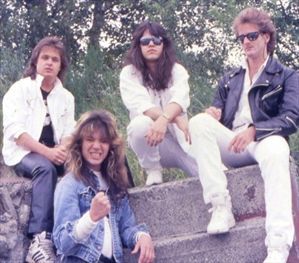 Jeff Ulmer, founding guitarist/vocalist for the early ’80s Vancouver metal band Sacred Blade, died on March 22 after reportedly suffering a stroke. His sister, Jennifer Ulmer, wrote on Facebook: “You’ll be missed terribly, brother Jeff. We’ll keep your memory alive forever in our hearts, in those quiet moments. With friends it will be with stories, laughter and tears, and with music, of course.”

Sacred Blade only managed to release one album, 1986’s Of the Sun + Moon, but a classic in the minds of many progressive metal fans. Ulmer will certainly be missed. We at Metal Riot would like to send our thoughts to the family and friends of Jeff. May he rest in peace.