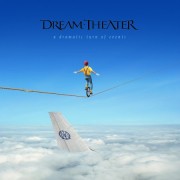 John Petrucci the guitarist from New York progressive metal act, Dream Theater, was recently interviewed. The interview contained Petrucci talking about the creative process, collective goals, and technology that went into making the band’s new album “A Dramatic Turn Of Events.” The interview can be read here.