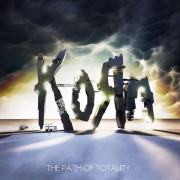 Korn frontman Jonathan Davis was recently interviewed by MTV.com. During the interview Davis discusses the group’s current tour, the  creative process behind their new record “The Path of Totality,” and more.

Regarding the live set, Davis says “We start out with rarities that we never really play live for the old-school Korn fans. They lose their shit when they hear that. And then we go into our dub set for five songs off the new album. Then we do a set of our hits. The crowd seems to like it. You can tell they were nervous because they think they’re not supposed to like it because it’s electronic. But then, during the show, they like it. They don’t really understand dubstep but then they relate to it because it’s heavy and dark but not techno. They’re like, ‘This isn’t gay techno music. This is something different.’ That was someone’s exact words. So, we’re bringing something new to them with this.”

On the topic of the production of the album, Davis states “The only goal was to keep the integrity of the dubstep and drum-n-bass producers and also keep the integrity of what we do. To find a balance that was still true to both of us and actually worked. ‘Cause it could have been bad. Really, really bad…It was the hardest album I ever did. We were working eighteen hours a day on these things. It was our trailblazing again. Like Follow the Leader all over again.”

“The Path of Totality” will be in stores December 6 via Roadrunner Records.