“JuggerDoc” from Periphery now on iTunes 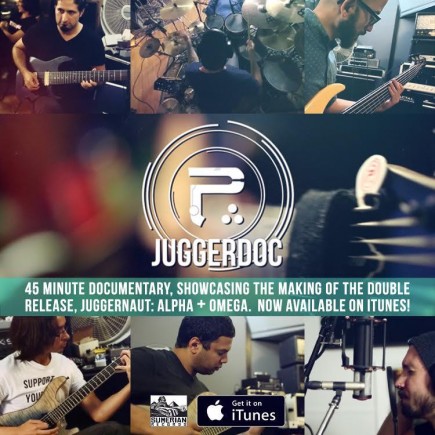 Washington, D.C. – Periphery’s JuggerDoc: The Making of Juggernaut, the 45-minute documentary that captures the making of the band’s dual albums, Juggernaut: Alpha andJuggernaut: Omega, is available now via iTunes (http://hyperurl.co/Juggerdoc_iTunes).

The documentary had been previously only available as a bonus item with physical purchases ofJuggernaut: Omega.

Periphery released Juggernaut: Alpha and Juggernaut: Omega simultaneously in late January via Sumerian Records, with the pair of releases landing at #22 and #25 on Billboard’s Top 200 (#15 and #16 on the Top Albums chart as well as #2 and #3 on Billboard’s Hard Rock Chart).