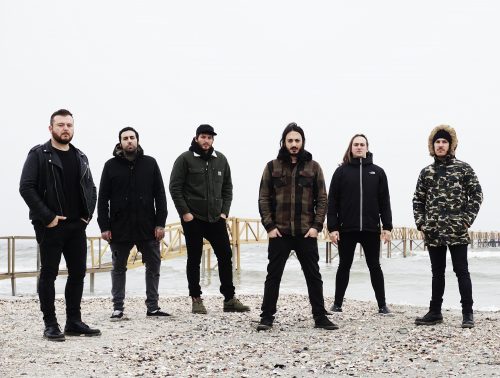 KARPENTER have released a ‘gameplay’ style humorous video for their Army Of Darkness inspires song “The Manor”. The animation is pretty darn good for a band I have never heard of and the music gives me strong quality In Flames vibes. Into it. Dueling guitars sound great in that bridge! This band needs to be on the radar of every melodic heavy metal fan.

“The Manor” is like an endless battle that brings many emotions to the table. We conceived it as a struggle to defend what’s most important to us, in an everlasting balance between win and loss, triumphant metal rides, and bitter melodic chords. “The Manor” is a hymn to revenge and it is set in a fictitious “dark era” that might evoke the Middle Ages. It sounds so powerful and punchy that we couldn’t prevent it from spreading so fiercely.”

“Sleepless” was recorded and mixed by Gabriele Ravaglia (Extrema) and Gianmarco Bambini at Fear Studio in Italy, and mastered by Jacob Hansen (Volbeat, Epica, Fleshgod Apocalypse).

KARPENTER will be releasing their debut album “Sleepless” this coming May 2021 via Rockshots Records. Named in tribute to horror movie master John Carpenter, the alternative-metal band was formed in 2019 by former Fightcast members Filippo Tellerini, Francesco Vicini, and Marco Biondi, along with Federico Conti (Creep), Manuel Nucci and Michele Mingozzi (Figure of Six).