Katalepsy return with “Critical Black Mass” at No Clean Singing. 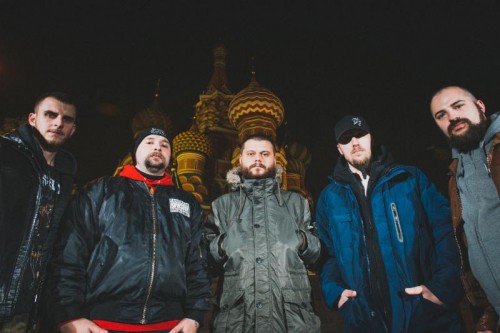 In advance of its release today No Clean Singing unshackles the first single from the record in the form of a lyric video for “Critical Black Mass,” the popular web portal issuing of the tune: “I’m having fun imagining the mosh pits that are going to erupt when KATALEPSY reach the 0:45 mark of this song at their live shows. I don’t expect the mayhem to stop until the song is over either (if then). Actually, it’s probably going to start from the first seconds of this militaristic assault. The pile-driving riffs, seething guitar leads, and ravenous growls in ‘Critical Black Mass’ are merciless manifestations of blood-lusting brutality, and the jet-fueled drum fusillades epitomize the sensation of high-caliber weapons on full auto. But in an age when blazing fast, technically impressive death metal is detonating just about everywhere you look, what really sets the song apart are the two guitar solos that erupt in the track’s back half. They’re not just blindingly fast and incinerating, they’re utterly deranged and alien. They take a song that’s already rocketing into orbit and propel it way beyond the gravity well.”