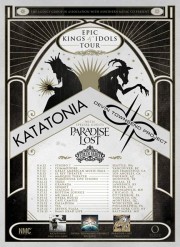 Swedish gothic metal kings Katatonia have announced an upcoming North American tour in support of their soon to be released album Dead End Kings.   They are calling it the Epic Kings & Idols Tour and have released a promotional video that includes the brand new song “Buildings.”

You can find the video along with a list of tour dates by clicking right here.

Dead End Kings is the follow up to the band’s highly acclaimed album Night Is The New Day and will be released August 28, 2012 via Peaceville Records.  The album was recorded at Ghost Ward Studios and The City Of Glass with production being handled by the band’s own Anders Nyström and Jonas Renkse.   They are also using David Castillo for mixing duties as he is known for his prior work with Katatonia, along with Opeth and Bloodbath. This is also the recording debuts of guitarist Per Eriksson and bassist Niklas Sandin.

The band has released one other song from the album called “Dead Letters” which you can find right here. 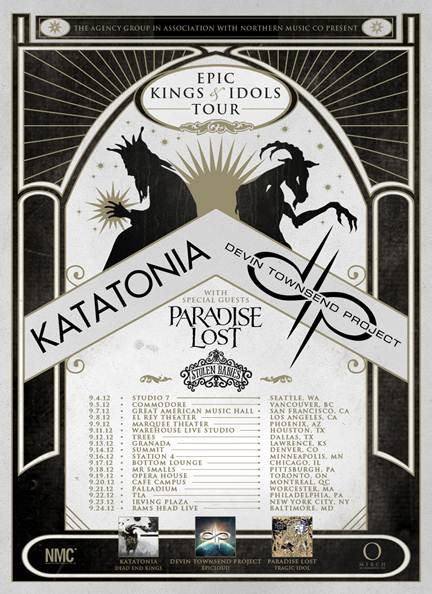