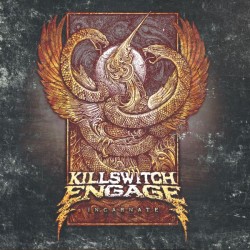 At the end of the day Killswitch Engage are on top because regardless of whoever is at the mic the band simply have better songs than most of their peers. New tune “Cut Me Loose” continues this tradition with some awesome performances and varied sounds from the whole band.

One thing that is cool about Incarnate‘s tracks we have heard so far is that it doesn’t sound like the band tried to make Disarm The Descent or Alive And Just Breathing pt. 2 with Jesse. That would be a mistake as those records are great on their own.

There is even a beautiful reservoir shot  at the end that looks like where I grew up in Upstate, NY and kind of sets a tone for holding strength when set against the raging near deathcore heavy hardcore clang of the end riff.