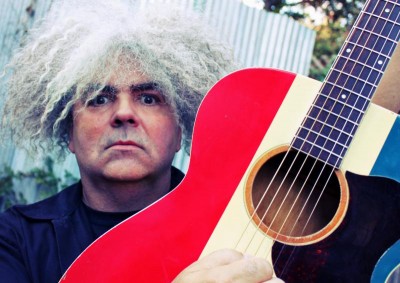 Melvins chieftan Chief Buzz…er, King Buzzo is prepared to hit the road in support of This Machine Kills Artists, the solo acoustic record from the Grunge Godfather out June 3rd on the mighty Ipecac. There are pretty much no words for how cool the acoustic song “Dark Brown Teeth” that Buzzo already released is, so go check it out HERE for yourself. Any of you cry babies who say acoustic aint sludgy enough need to go sit on a road cone. …Machine is sure to be full of cool twists and turns. Anybody remember how doom’s other ruler Wino made Adrift, one of the best records of his career, a few years ago? ‘Nuff saidskeez.

Click HERE for the tour dates. Photo by Mackie Osbourne

Osborne will document the solo outing through an ongoing travelogue on Noisey.com.

Tickets will be available this Friday, April 4.