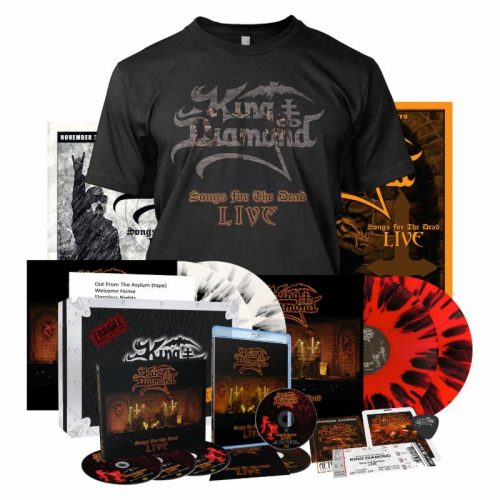 King Diamond is releasing an epic DVD set featuring Graspop and Fillmore full sets of Abigail. This release looks seriously sick. As a die hard King fan I am beyond elated today and singing in falsetto and pissing off my dramatic cat.

“Songs For The Dead Live gives those who missed out on seeing these shows in the flesh a chance to vividly experience them, offering so much deeper an experience than your run of the mill live DVD.” 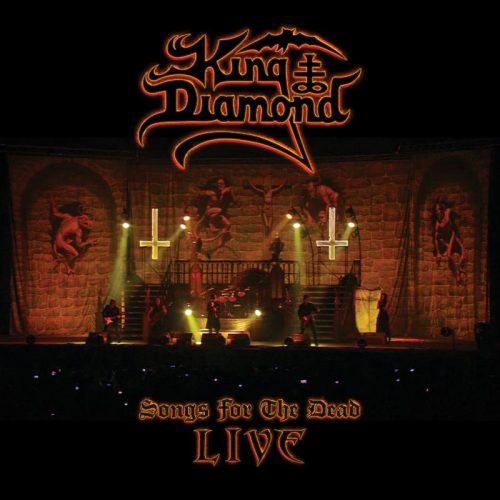 On January 25th, King Diamond will release a new DVD/Blu-ray, Songs For The Dead Live, via Metal Blade Records.

There is only one King Diamond, and for more than thirty years the great Dane has been dropping classic albums and putting on shows fans remember for the rest of their lives. Perhaps the only downside to having such a formidable catalogue is that there are just too many great songs to fit into a single set. However, you would be hard-pressed to find a fan who wouldn’t want to hear 1987’s seminal Abigail in its entirety, and Songs For The Dead Live captures this, twice, and in very different locales. Boasting eighteen songs per set, each of the two shows – Belgium’s Graspop Metal Meeting in June 2016 and Philadelphia’s Fillmore in November 2015 – feature a brace of classic King Diamond and Mercyful Fate tracks including “Welcome Home,” “Halloween,” and “Eye Of The Witch” before launching into Abigail. The performances of the all-star lineup of musicians, comprising of guitarists Andy LaRocque and Mike Wead, bassist Pontus Egberg and drummer Matt Thompson, are absolutely ferocious, hammering home every single moment.