King Parrot and Metal Hammer UK want you to “Disgrace Yourself” 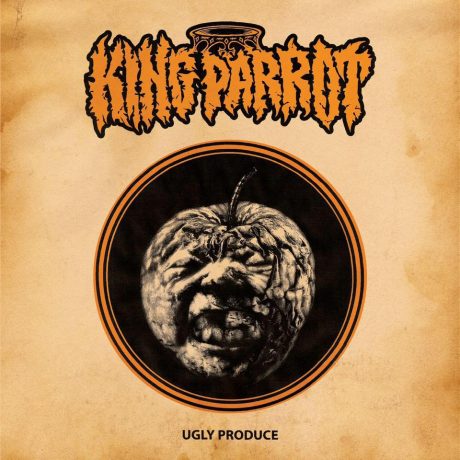 King Parrot‘s Ugly Produce reminds me of some of the glorious tomfoolery of my bygone teenage years. You could see a Garbage Pail Kid card or a skanky Ugly Kid Joe sleeveless t-shirt and know whoever it belonged to was a “bad kid” and soon you would be hanging out with them and snorting Tang or shooting home made potato cannons at cop cars from the treeline by the road near school (I mean, hypothetically). The design aesthetic of their new amazingly titled Ugly Produce album, the new thrash album of choice for ugly ducklings everywhere, is certain to be iconic i years to come – if first mainly for those entrepreneurs who smoke weed out of home made apple pipes.

Seriously, if you find fault with this band for some reason you are probably a dick. It is like not liking Municipal Waste or 3 Inches Of Blood, just a loser position to take. They combine amazing metallic punk tinged anthems with comedy gold and a serious touring drive and are friggin’ Australian.

The Ugly Produce album is set to be released on September 22nd via Agonia Records in Europe (Housecore Records in North America and Rocket/EVP in Australia). Listen to their frenzied latest track “Disgrace Yourself” at this link:

After recording the previous album in the US, 2017 saw the band head back home to where it all began – recording their third full-length album with Blood Duster’s Jason PC, at the enigmatic Goatsound Studios. The mastering was done by Brad Boatwright at Audiosiege Studio (Sleep, High On Fire, Nails) in the US, while the cover artwork was created by Boyd Synnott and Simon Robins for GraphOrlock.

Commented by KING PARROT: “Ugly Produce reaches new heights in abrasive song-writing and serves up an odious pile of repulsive flavors you wouldn’t want to find on your local fruit and vegetable shelves. A repugnant harvest of gnarled and nasty grind, death metal, thrash, and punk rock and it’s more caustic than ever”.

In addition, the band have Fall tour dates in Europe with friggin’ Decapitated, Venom Prison and Thy Disease. Check the dates out BELOW! 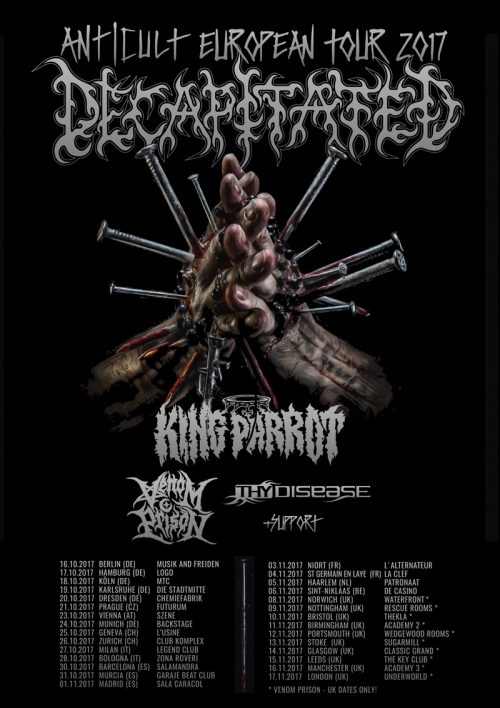