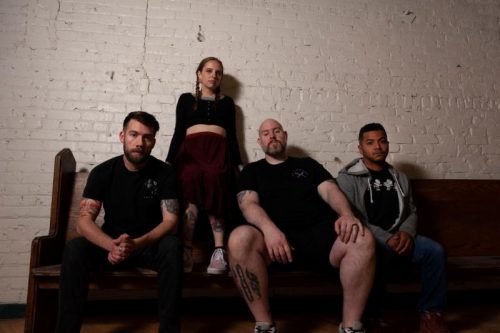 Stream / Share KNAAVES‘ “The Serpent’s Root” At THIS LOCATION.

Surrounded by deceit and destruction – lies from the media, corruption of our planet, and even our own minds shifting thoughts within, each day is a war upon our senses as we struggle to sort out the truth in an age of disinformation. The music of KNAAVES is inspired by the often-palpable negative energy that surrounds us. Some songs are drawn from the media’s manipulation and sensationalism of cults, serial killers, and murders, while others are drawn from anxiety, depression, abuse, neglect, or the relentless destruction of our planet’s resources.

With the combined influences of its members’ previous bands and modern influences like Axis, Black Breath, and Disfear, KNAAVES’ The Serpent’s Root delivers seven unapologetically heavy tracks of pissed-off grooves, dark melodic riffs, and emotionally-driven lyrics. The Serpent’s Root was produced, recorded, edited, and mixed by Kerwin at Davidian Studios and mastered by Brad Boatright (Converge, Integrity, Obituary, Vastum) at Audiosiege with artwork by Scott Shellhamer (American Heritage, Ghosts And Vodka). The record will be released September 3rd on CD, digital, and cassette formats via Confluence Records. 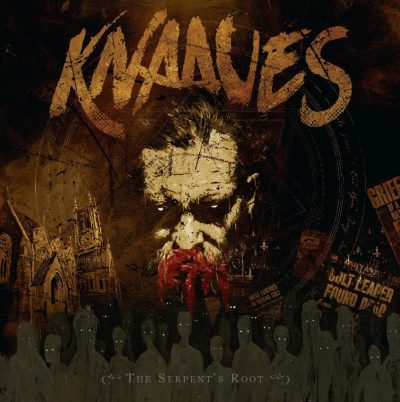 KNAAVES will play a special hometown record release show on September 13th as well as a show in Chicago with Venom Prison, Homewrecker, and Call Of The Void on September 22nd with additional performances to be announced in the weeks to come. See all confirmed dates below.