Korn debut new video for “Black Is The Soul” via Noisey 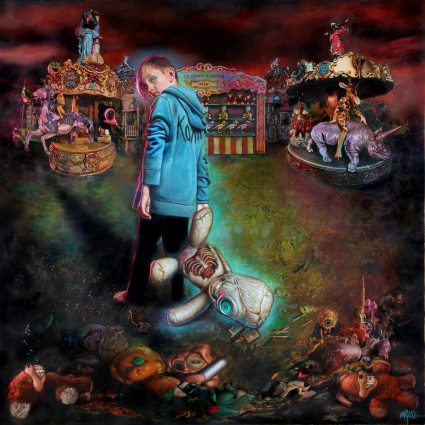 Korn‘s new video for “Black Is The Soul” has premiered via Noisey. The track comes from the band’s latest album, The Serenity Of Suffering, released last fall and is my personal favorite song on the new record. It finds the band mining their darker territory and a heavy dissonant bridge recalling the debut but very well merged with larger grandiose elements and a huge chorus that is one of Jonathan Davis’ biggest yet.

The video calls to mind Lacuna Coil’s Karmacode cover art visually a little bit if you added in the spooky alien murky blackness of some key scenes in Scar Jo’s Under The Skin . But of course this is also a Korn vid so you get the band rocking out a lot as well as some freaky visual elements that seem to be about wrestling with feeling whole.