Germany’s thrash gods Kreator have release a short preview of the song “Phantom Antichrist” taken from their upcoming album of the same name.  You can give the preview a listen by clicking here.

Phantom Antichrist will be Kreator’s thirteenth studio release and the band’s debut on Nuclear Blast.  The album is due out June 1, 2012 in Europe and June 5, 2012 in North America.

Guitarist/vocalist Miland “Mille” Petrozza recently had this to say about the album:

“The songs are coming along great and I think it’s OK to say that this will be our most epic album so far. There’s some classical, a lot of traditional metal, and, of course, a huge dose of thrash metal influences in the new stuff. Everyone in the band is very excited at this point. The demos sound killer so far. We have about 10 songs we’re working on so far. It’s too early to talk about the lyrics yet; many are written, but they keep changing all the time. Visually, we have tapped Wes Benscoter for the cover art. I can tell you this much: The artwork will be insane!”

“It’s always a little hard for me to talk about music has been written but is not released yet. It will definitely have all the Kreator trademarks. The lyrics will talk about nowadays stuff, as usual, so it will be like a photography of the year 2012. Also the lyrics will deal a lot of things that are actually happening at this point in time. It will be like reading a newspaper or something [laughs], with all the stuff happening. And, of course, the music will be typical Kreator, and we also wanna expand the sound and progress as musicians. I mean, this lineup has been the strongest lineup Kreator ever had since ten years, and now I think we’re ready to come out with an album that blows everyone away.”

04. From Flood Into Fire

10. Until Our Paths Cross Again 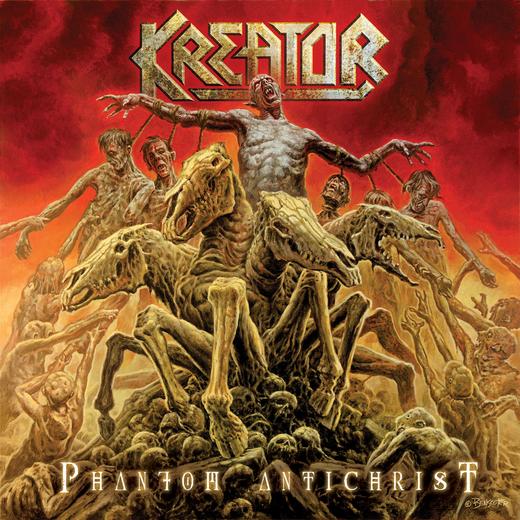