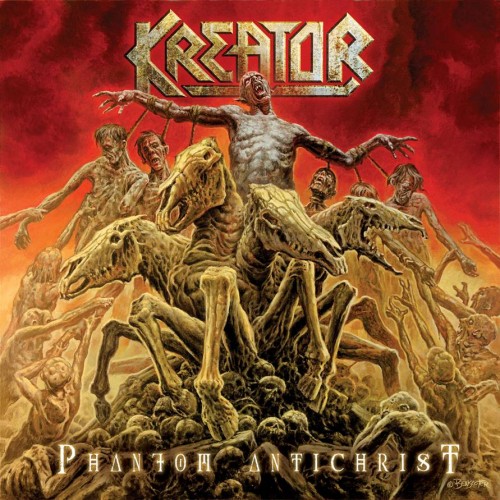 In a recent statement regarding their upcoming tour, Kreator founder Mille Petrozza revealed that the band is going to shoot a music video for their song “From Flood Into Fire” after they wrap up their upcoming U.S. outing with Accept. He writes:

“We are getting ready for our first US tour in two years. Rehearsals are going great and this will be the first time we are bringing the whole european stage production to the states. Be prepared for a setlist that contains both classic Kreator and lots of new material. We are very honored to play with Accept, they have been a huge inspiration when we started the band in the eighties. This tour will be nothing but historical! After the tour, we will be shooting a new video for the song ‘From Flood Into Fire’ and will stay on the road in Europe until the end of the year. In January we will return to israel and after that a full UK tour, a 13 date tour in Russia, plus dates in Japan, Australia and South America are in the making. Looking forward to see all our American friends next month.”

“From Flood Into Fire” is taken from Kreator’s latest album Phantom Antichrist, which surfaced last June on Nuclear Blast.