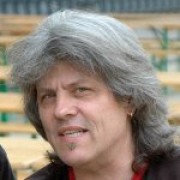 Freddy Steady, original drummer for Swiss band Krokus, has announced his departure from the band after reuniting with them only three years ago. The remaining members each chimed in on the split, but no word from Steady himself.

“The split was not of personal nature but solely a professional decision. Freddy concluded that he really wanted to play music just for fun in small clubs rather than conquering the world, playing arenas on huge stages with pyro props, etc.”

“We surely did not reunite in 2008 and carefully planned our comeback just to stop now! We enjoyed three extremely successful and productive years with exciting live shows and our new platinum CD, ‘Hoodoo’. This isn’t the beginning of the end for the rest of us. We have so much more planned for the future. We are in charge of our destiny and we will decide when the final curtain call will come.”

“We want to finish the possibly last round with power, pride and gratification. That has nothing to do with money or anything else. Simply joy to play our style of music and the feeling we get at live shows when we pull the trigger — long stick goes boom!!!””

Krokus’ last album Hoodoo (AFM Records) was the 16th in their career and had a song featured on the “Saw 3D” soundtrack.