Epic brewers Three Floyds Brewery are helping Lair of the Minotaur celebrate their fourth full-length release, ”Evil Power” in true metal fashion. This beer promises to knock you on your ass and is available in 20 oz. bottles and kegs. Debuting at the Dark Lord Day festival on April 3oth at the Three Floyds Brewery in Munster, IN. Tell your local bar or liquor store that you want “EVIL POWER!” Check out the label in all its mighty glory here.

“Evil Power” was released on April 13th on the band’s own independent label The Grind-House Records. 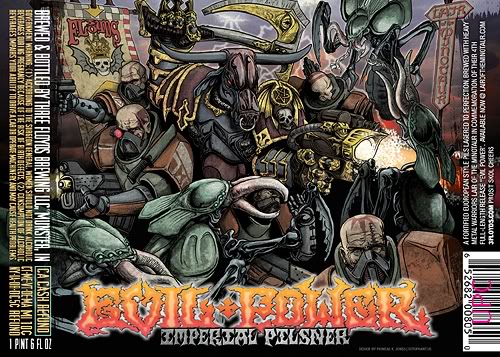 More News On Lair of the Minotaur:

More On: Thrash, General News, Lair of the Minotaur, The Grind-House Records
share on: