Lamb of God announce “Resolution,” due out January 24th 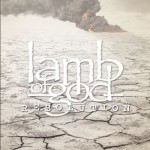 Lamb of God spent 2011 secretly in the studio so they can bring you their 6th album of the purest form of metal America has to offer. Recorded in parts of Virginia and New York, this is a follow-up to the band’s Grammy-nominated Wrath album.

Resolution is due out next January via Epic Records and was produced by Josh Wilbur. In two weeks, the band will be announcing the details of a two-year world tour.

Stay tuned to Metal Riot for more Lamb of God news when it becomes available!