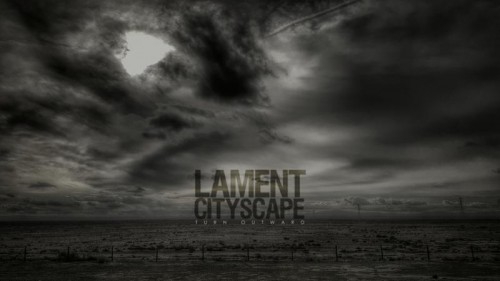 Oakland’s experimental doom duo LAMENT CITYSCAPE has completed a remix album for release later this month, showcasing the seven tracks from their debut LP, The Torn.

Released through Battleground Records in mid-2015 LAMENT CITYSCAPE’s The Torn was a refreshing album within the compacted current doom metal circuit, with an expansive, cinematic, nebulous approach with steep inclinations to industrial and art rock influences. Following those roots to the core of their sound, the band now infuses their works with those of some of their close friends, with the Turn Outward remix album. LAMENT CITYSCAPE members Mike McClatchey and Sean McCullough’s seven passages from The Torn have here been transplanted into new skin created by the likes of artists rRhexis, Godhunter, Achromaticist, Overhold, Neurospora, Dipped In Gold, and Uhluhn, with a wide array industrial, noise, ambient and other styles creeping into the massive remix album. In the end, Turn Outward bears over two hours of music, with the final remixed track consuming a massive hour-and-a-half on its own.

Offers Mike McClatchey on the inspiration for Turn Outward, “At the time that I was really finding out about music and artists and diving deep into their back catalogs I was finding that a lot of really cool bands had been releasing singles and having other really cool bands do remixes on those singles. I was discovering a lot of great shit in those weird remix releases. When LAMENT CITYSCAPE started I had done a remix for another artist and it came out pretty well. It felt natural to include others into our little world. It seemed like a creative way to expand the space inside our project, to let others in and see where they can take something.”

7: This Has Always Been [Uhluhn Remix]

LAMENT CITYSCAPE will self-release Turn Outward digitally through their Bandcamp on February 19th; audio previews, preorders and more will be released in the immediately upcoming days.

Other LAMENT CITYSCAPE plans for the year contain the recording of new material, notably including collaborative LP with Theologian for release in the Fall months when both bands will tour the East and West Coasts together including several festival performances. Further info on the collaboration and live actions will be released in the coming weeks upon the record’s completion.

The band’s debut The Torn is streaming HERE and Soundcloud HERE.