Lazarus A.D. to Headline “No Prisoners No Mercy” Tour 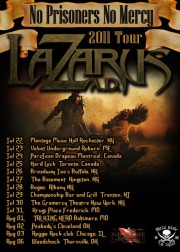 Wisconsin thrash metallers Lazarus A.D. are set to hit the road on the band’s first headlining tour with the band taking on local support at each stop. The “No Prisoners No Mercy” Tour takes the band through NYC, Montreal, Toronto, Chicago, Baltimore, and more on this 14 date run kicking off in Rochester, NY on July 22. The band’s July 24th stop in Montreal at the “Heavy MTL Festival” sees the band playing with the likes of KISS, Motörhead, Anthrax, and Children of Bodom just to name a few.

Vocalist Jeff Paulick comments; “Heading back out on the road, finally we are headlining. Are we big enough to headline? Who knows and who the fuck cares!? We finally get a chance to play all the songs we have wanted to play for a long time. This isn’t going to be some shit ass 20 minute set, you can count on it. See you all at the show we can’t wait to party with everyone on the road.” 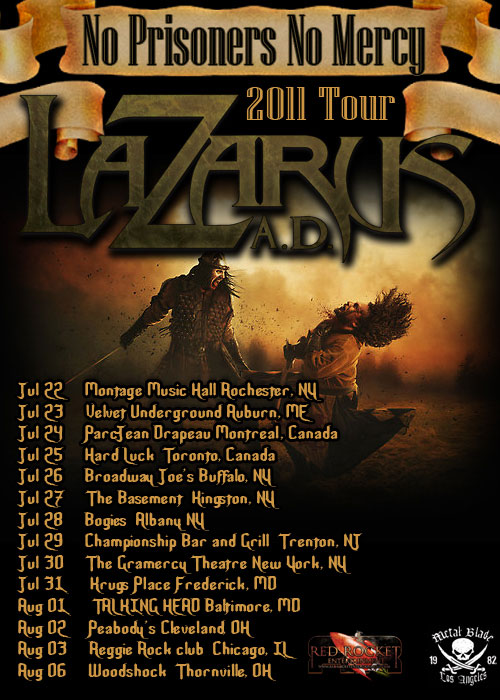