“Learn From My Mistakes”: Anselmo tells Down to move on without him. 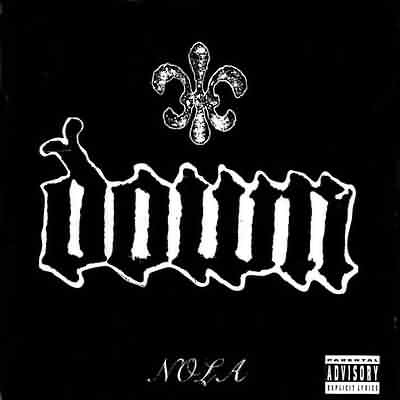 In response to the justifiable backlash to his drunken white power salute at the end of the recent Dimebash, Phil Anselmo has stated to his bandmates in Down they move on without him. It is good he is drawing the line so as not to have others associated as much with his own struggle. Down should really just go on hiatus though as all the band members have other projects for the most part from C.O.C. to EHG. I can only really imagine Karl Agell from Kinghitter /Blind-era C.O.C. filling his shoes and that probably wouldn’t happen ever.

UPDATE: Pepper Keenan has released a related statement. Read it HERE. In addition a hometown DOWN show in NOLA has been axed by promoters.

Personally, I feel like Phil was wasted and did something really dumb. I’m not apologizing for his actions but booze does not always reveal hidden tendencies. Sometimes it makes us stupidly insensitive and casual or out of control in hurtful ways. While his actions are reprehensible, you have to look at his whole life which also includes many moments of inclusiveness and even teaching people about the different cultural sub genres of heavy metal from nations around the world, including people of all stripes. There are as well plenty of times he was a hot mess and ranted and raved, it is true. Especially in the Superjoint Ritual early days.

He says below he is utterly responsible for his actions, which is a good start. And also intends to finally face the booze demons. As Kirk Windstein named one of the very best Crowbar albums…Sever The Wicked Hand, man. Maybe the crazy dude who shot Dimebag would have regretted if if he had lived but we will never know because he acted crazy and got his brains justifiably blown out for murdering one of the greatest guitarists of all time at a gathering of kindred metal fan spirits. Some actions have very high consequences for a reason. They are social safeguards that keep us from chaos and hatred.

Personally, I have hope for Phil and honestly believe he was amped up and being an idiot. Though I don’t think many will forgive this huge debacle anytime soon and as All Shall Perish in a very well spoken statement noted, it is a huge stain on Pantera’s legacy. I remember Phil said if he ever had the chance to do a Pantera tribute w the band minus Dime and with Wylde on guitar that he would train like an MMA fighter or some such to get back to where he once was. That, sadly, is not what happened.

As for Down, that is one of the very finest bands in the world and this is a huge blow to rock n roll. Though not as much of a blow as those who were hurt and heartbroken by his outburst. We live in an evolving time. Sometimes people are more sensitive than maybe is good but in this case? It is good these issues are being discussed. Vital. Look at the blood in our streets. #blacklivesmatter very much.

Scott Ian is 100% correct that Anselmo should donate to some charities.

“Every citizen in this entire world has the unalienable right to live with dignity and respect without hate or oppression. And I mean this, with all of my crushed, yet, guilty heart. It’s common knowledge that we can choose to either learn from our mistakes, or continue on a path of insensitivity and destruction.

“I am utterly responsible for the mistakes I have made, and can only give you my word to no longer do them in the present, through ACTION, not just mere words. My band mates are now experiencing the consequences of my behavior, and I now publicly apologize to them as well. Never in my entire lifetime would I drag them down with me, and I’ve privately suggested to them that they move on without me.

“My biggest obstacle(s) are the over-indulging in the booze and blurting out spiteful, ignorant reductions of the human spirit itself. I will address these issues, head-on. I’m repulsed by my own actions, and the self-loathing I’m going through right now is justified by the hurt I’ve caused. I realize we live in a society where apologies are NOT accepted easily, yet long for a day when they can be, but I also understand if I’m shunned till I hit the dirt.

“From the bottom of my heart, and with all sincerity, I once again am truly sorry for the pain I have caused. With truth, love, hope & respect- Philip H. Anselmo”

More On: Heavy Metal, Break Up, Down,
share on: