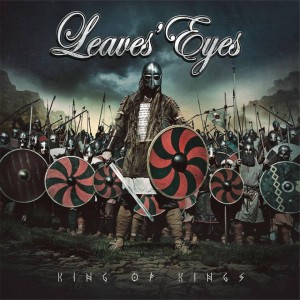 Epic symphonic soundtracked battle and the ethereal vocals of Liv Kristine combine for a Norse-themed adventure video in the new, quite elaborate lyric video for Leaves’ Eyes new album’s title track. Make all the LARP jokes you like, but this band remains one of the best and most pro at what they do. Few but the most cynical will fail to be swept up at the 3:26 mark when the song leaps up a notch, Liv’s voice reaching for the stratosphere as A. Krull and the rest of the band march on to “reign invincible”.

Dear fans and friends,
here it is the official lyric video for the title song of our new album, “King Of Kings”. Enjoy, share & help us spreading the word! “King Of Kings” is out now in Europe and will be released in North America this Friday (September 18th)!