Extreme metalheads Lecherous Nocturne have just released the artwork for their upcoming third album, Behold Almighty Doctrine. The album is being released by Unique Leader Records later on this year and was recorded at SoundLab Studio in Lexington, South Carolina with longtime engineer Bob Moore.

Previous vocalist Jason Hohenstein was kicked out in the summer of 2011 so this will also be their first album with new vocalist Brett Bentley.  The band had this to say about him:

“Brett is a beast front man and we are glad to have him in the fold!”

Click here to see the artwork for Behold Almighty Doctrine. 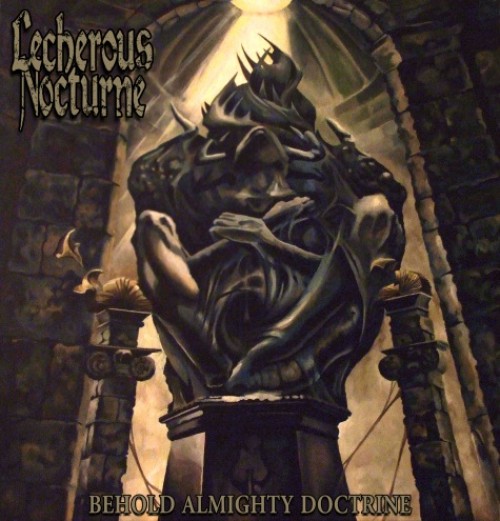