Lee McKinney of Born of Osiris dips into dubstep 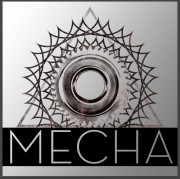 Guitarist extraordinaire and avid fan of electronic music, Lee McKinney of Chicago’s ridiculously awesome Born of Osiris has began a side project called Mecha. Mecha is a dubstep project, which Wiki defines as “tightly coiled productions with overwhelming bass lines and reverberant drum patterns, clipped samples, and occasional vocals.” I prefer to relate it to the pan-galactic gargle blaster of techno, the effect of which is like having your brains smashed out with a slice of lemon wrapped round a large gold brick on a dance floor in Denmark.

Mecha is still in its early stages and I’ll be keeping an eye on it, but for now, head over to the Mecha Soundcloud and peep some tunes that are available for download, one of which is a remix of Born of Osiris’s “Recreate.”