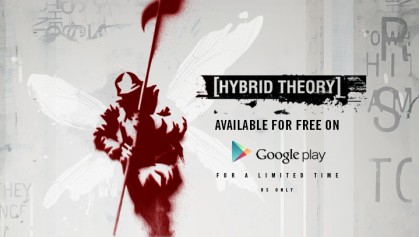 Stadium shaking head movers Linkin Park have announced they are giving away Hybrid Theory for a limited time with Google Play in thanks to fans.

Our first album, Hybrid Theory, was made with all the love, passion, and naïveté that an artist can give to their first recordings. We are humbled and grateful that it has been embraced so widely, and we still find it hard to believe it became the biggest selling rock album of the century. As a thank you to our fans, we’ve partnered with Google Play to give you Hybrid Theory for free. –Linkin Park