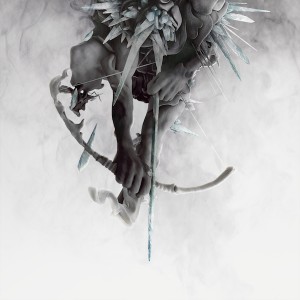 Linkin Park‘s recent The Hunting Party is by far one of their better and more bold releases (up there with Meteora for moment after attention grabbing moment). There are earmarks of every era of their sound but a willingness to push themselves on tracks like “Rebellion” (with D. Malakian from System Of A Down) or the surprisingly heavy “The Keys To The Kingdom” that opens the record with a serious punk roar and drums infused into their alt rock/nu-metal sound. This album is a lot of fun if you can get your heads out of your snobby butts for a minute and admit it rules. The percussive twists and turns alone shows their “hybrid theory” of stadium alt rock and hip hop fusion still has staying power and room to evolve. Shit, I’m also just glad I have a record in my library that has both Rakim and Page Hamilton on it.