Live Video: Serj Tankian (System Of A Down) – “Goodbye-Gate 21 (rock remix)” on NBC’s The Tonight Show with Jay Leno 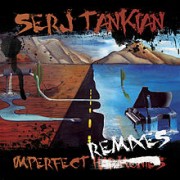 System Of A Down will be playing a handful of North American headline shows before heading over to Europe this summer. This is the first time since August 2006 that they have played together and will be joined by New York Gypsy punks Gogol Bordello.[youtube]http://www.youtube.com/watch?v=qI3u3zJExUA[/youtube]

More On: Alternative Metal, Video, System Of A Down, Reprise Records
share on: