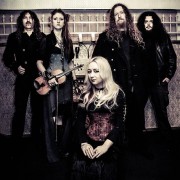 Lycanthia will be playing the Denver Doom Festival in October.

Lycanthia have previously released Within the Walls in 2006.

Stream Oligarchy off of the Hypnotic Dirge Records bandcamp here.